By VarathaVC June 30, 2018
Fintech Companies grabbed 26% of all Venture Capital (VC) funding in the quarter ended June 2018 - 24 deals worth $81 million - compared to 11% in the immediate previous quarter. (Health tech investments had grabbed the top spot in Q1 2018.) Investments in Fintech were led by large investments in trade finance and factoring company Drip Capital and SME loan marketplace CoinTribe. Lending startups (12 investments worth $47 million) accounted for 50% of the Fintech investments. 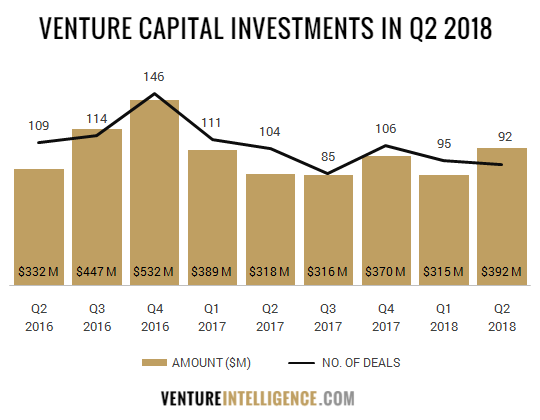 Overall, VC firms made 92 investments worth $392 million in Q2’18, data from Venture Intelligence  shows. Investment value increased by more than 20% compared to Q2’17 as well as the immediate previous quarter (which registered investments worth $315 million). In volume (no. of deals) terms, the figure was 12% lower compared to the 104 deals worth $318 million recorded in Q2'17 and flat compared the immediate previous quarter (which registered 95 deals). Note: Venture Capital is defined by Venture Intelligence as Seed to Series D round investments in companies less than 10 years old with value of up to $20 Million. 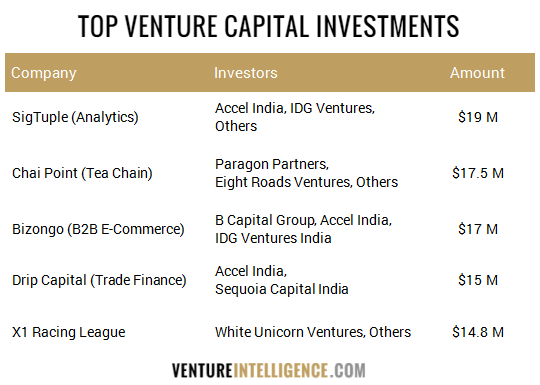 Tech companies attracted 80 investments (87% of the activity) worth $299 million during Q2’18. Of the 12 VC investments (worth $85 million) that went into non-tech companies, the largest were ChaiPoint (Tea Chain), X1 (Motor) Racing League, IndiQube (Co-working space) and WonderChef Home Appliances. 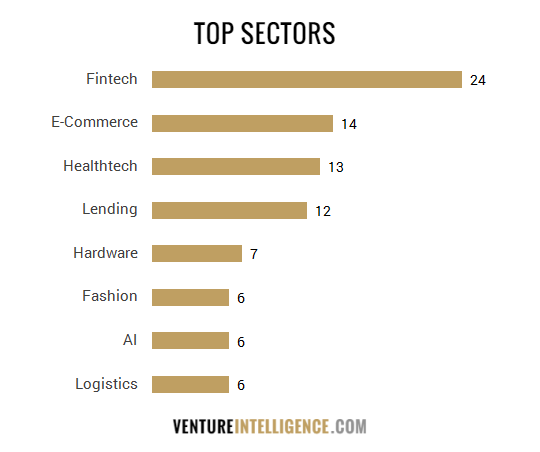 E-Commerce grabbed 14 investments (worth $79 million), followed closely by Healthtech with 13 deals worth $26 million. 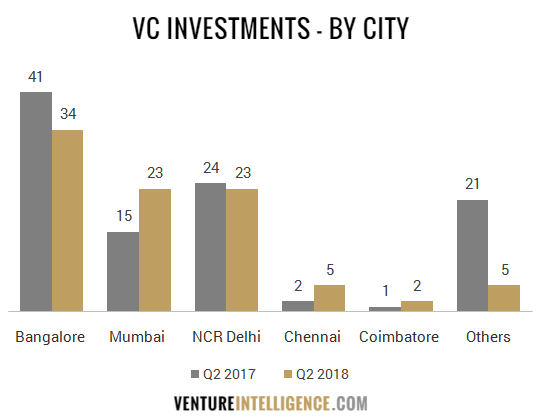 VC Investments in Bangalore-based companies fell fell by 17% . Mumbai startups bounced back to equal with NCR attracting 23 investments. Coimbatore sneaked in at fourth place with two VC investments, after Chennai (5). Investments in other cities fell by 76%. 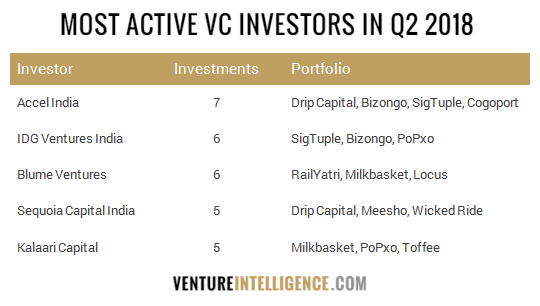