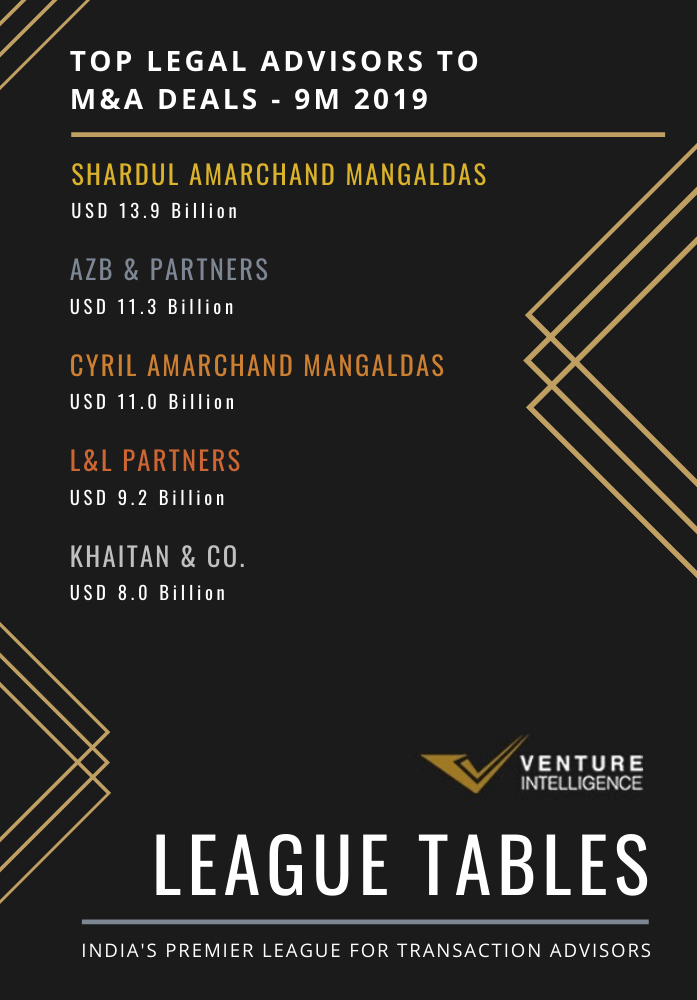 Among the largest deals in the latest quarter, CAM advised L&T IndInfravit Trust’s acquisition of Sadbhav Infrastructure’s assets. Khaitan & Co. and SAM advised Kalpataru Power in selling 3 transmission projects to CLP India. JSA advised the divestment by IndiaBulls of the remaining 50% stake in its commercial properties to Blackstone. 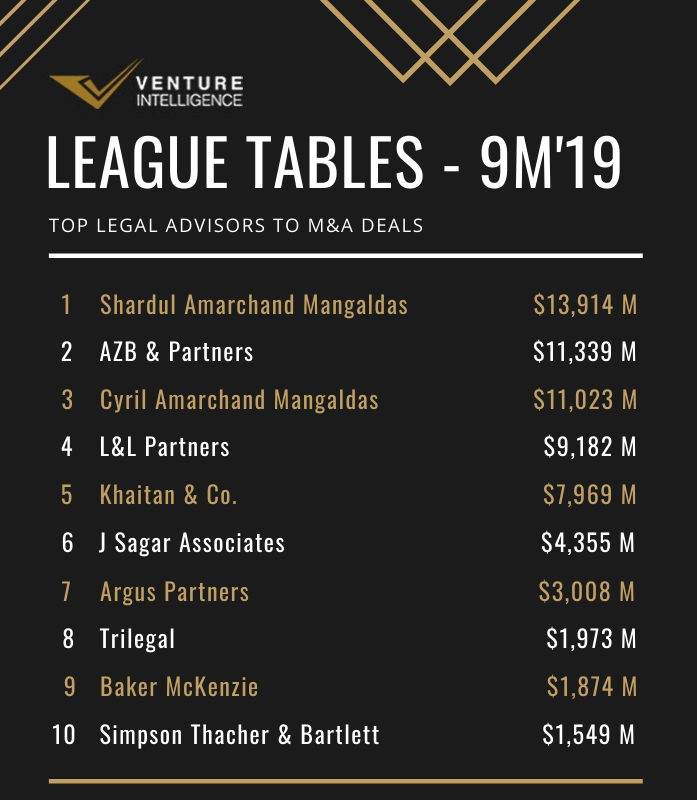 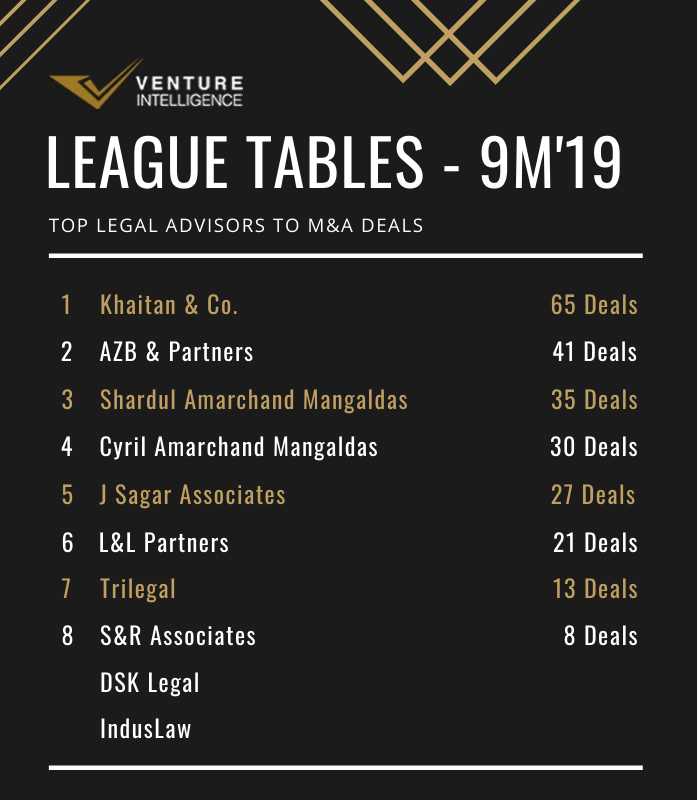