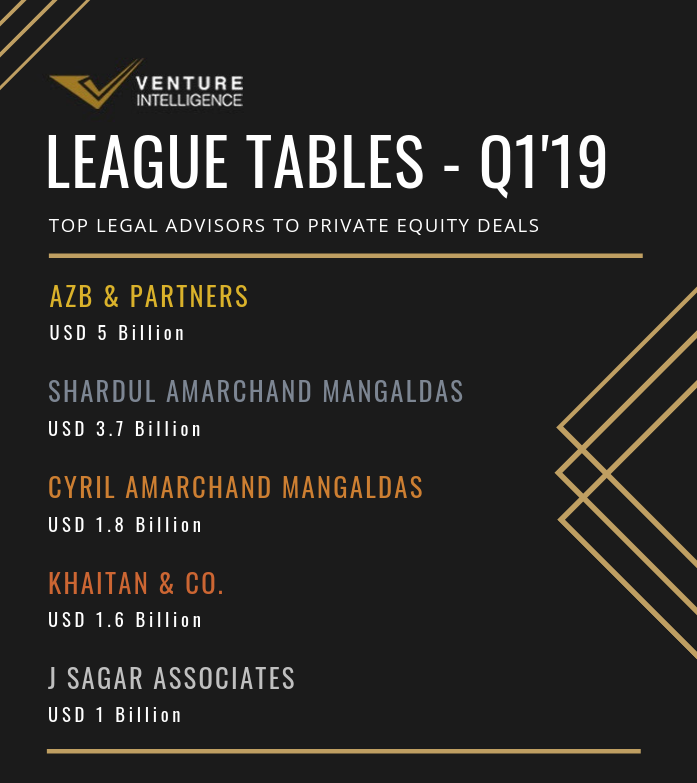 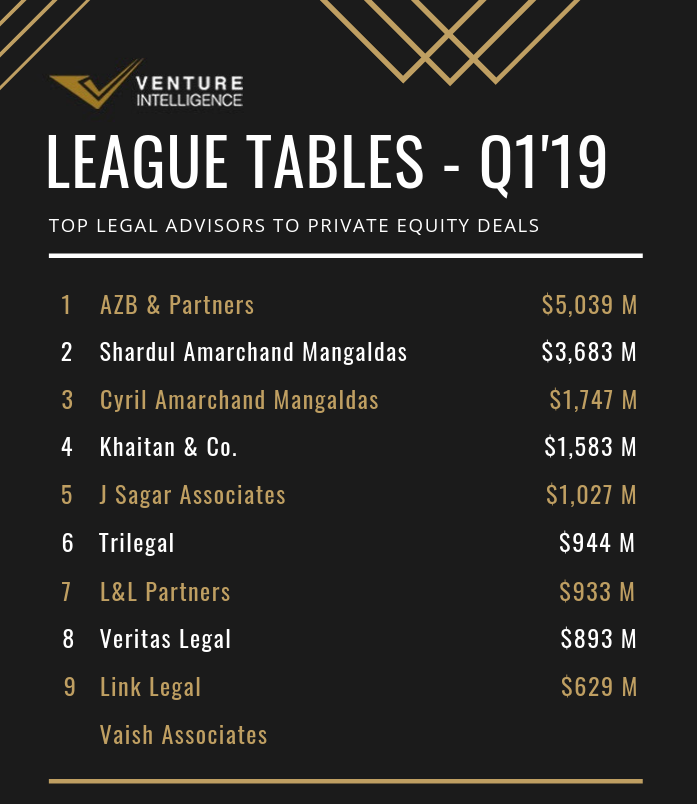 Among PE transactions in IT & ITeS (by value), AZB stood first followed by SAM and IndusLaw (6 deals worth $480 million). Trilegal and Khaitan came in at fourth and fifth. By deal volume, JSA stood at first place with 10 deals followed by IndusLaw.

CAM topped in Financial Services deals with $1.2 Billion, followed by AZB and Khaitan. CAM came in fourth, followed by JSA in fifth place. AZB (with 7 deals) topped by deal volume, followed by CAM, Khaitan, JSA, and Trilegal in second place with 4 deals each.