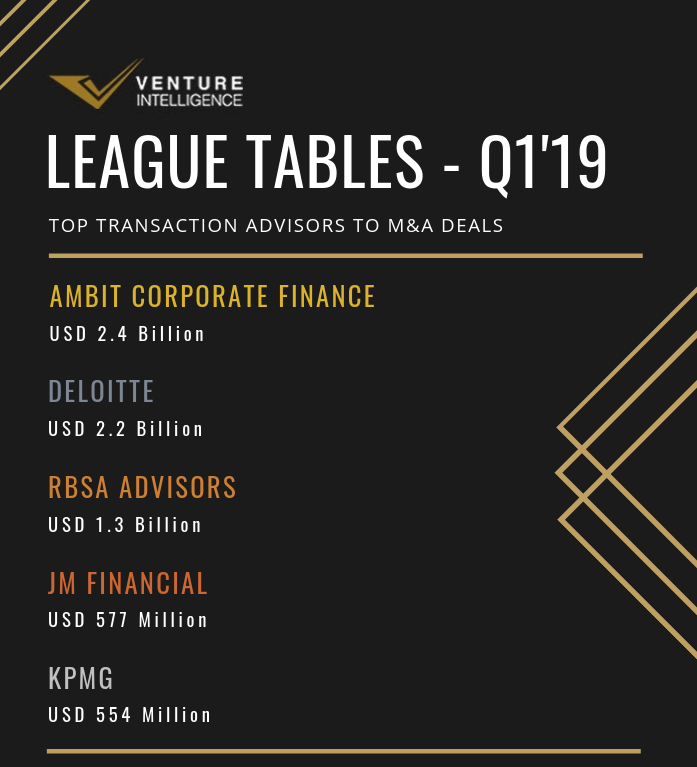 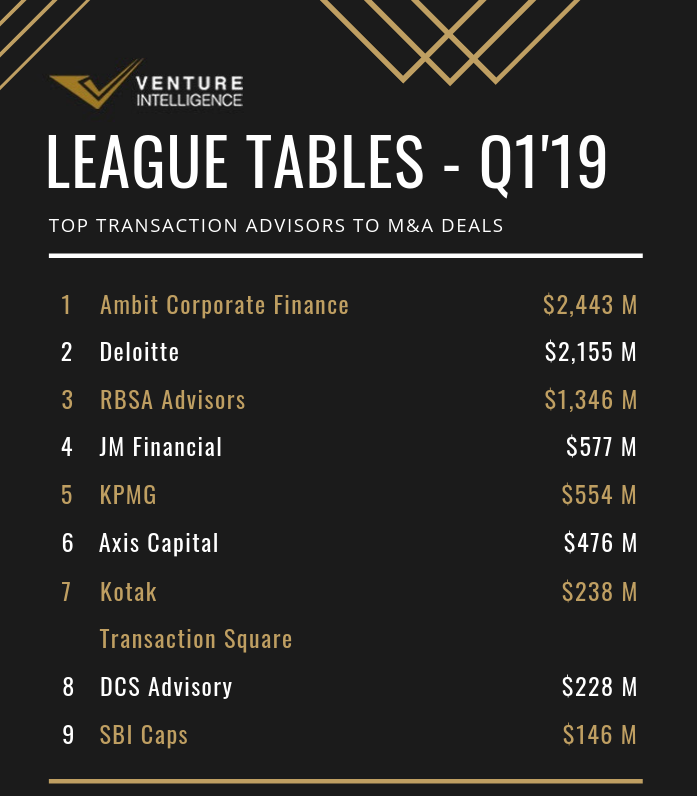 Ambit and Deloitte shared the top spot on tables in terms of deal volume with 4 deals each. EY and KPMG shared the second place advising 3 deals each. RBSA Advisors, DCS Advisory (earlier Signal Hill) and Equirus Capital occupied the third place with 2 deals each. 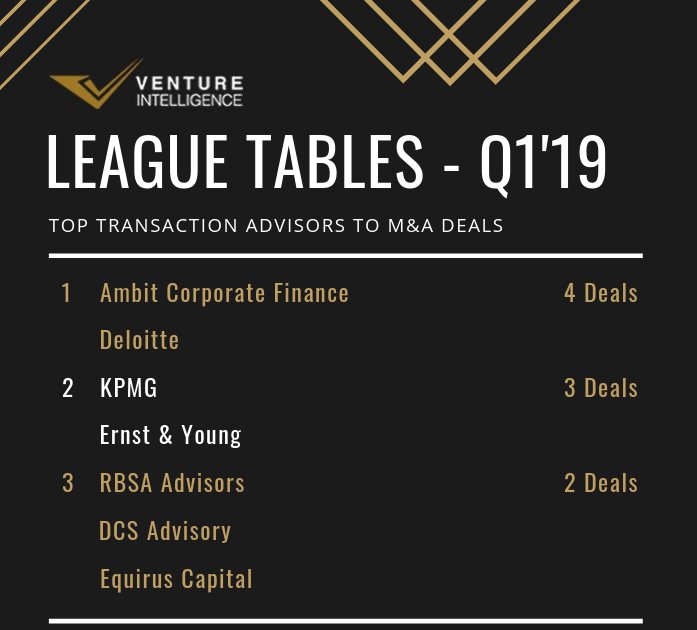 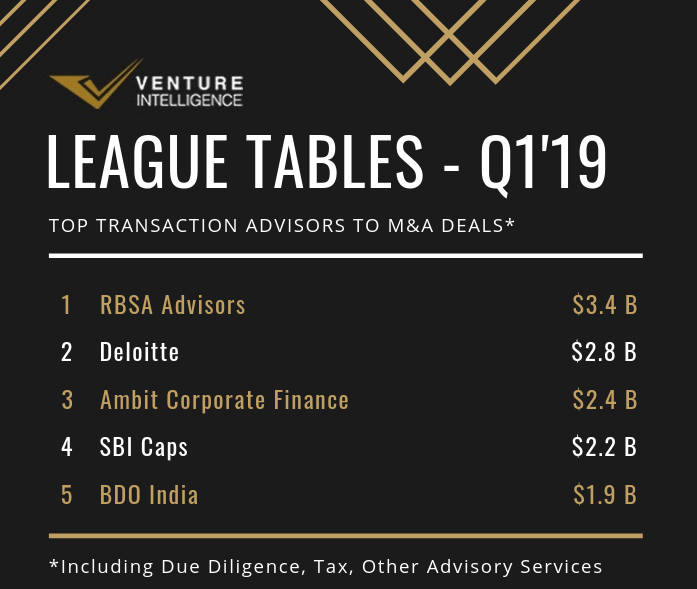 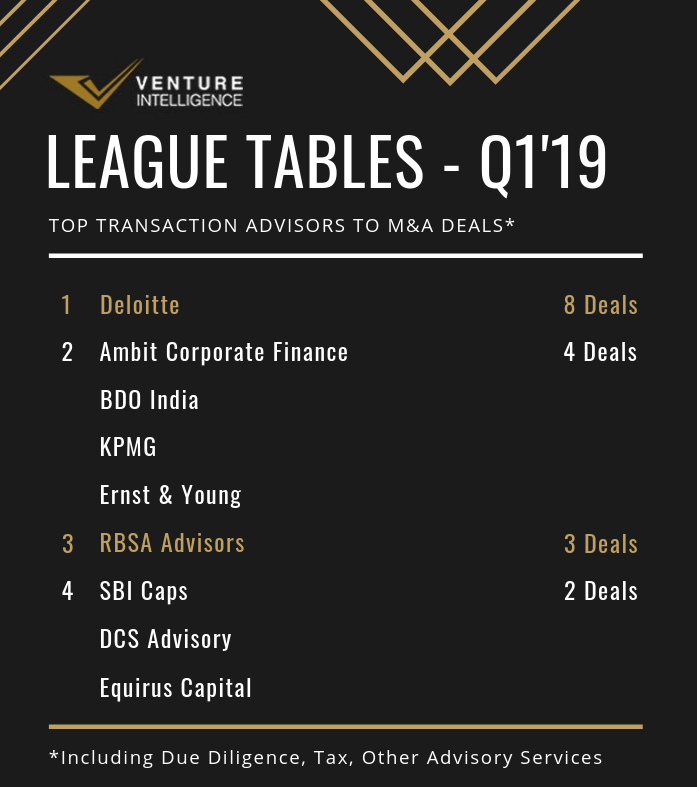