By Arun March 26, 2017
PE/VC-backed companies fare better in terms of growth in sales & asset growth, a study by Venture Intelligence – under the guidance of Prof. Thillai Rajan of IIT-Madras - shows.

According to a new study by Venture Intelligence, a leading research firm focussed on Private Company Financials, Transactions and their Valuations in India, Private Equity (including Venture Capital) backed companies are growing significantly faster as compared to companies that did not have any PE-VC funding and also publicly listed companies that comprise market indices like Sensex, Nifty and CNX Midcap.

The Private Equity Impact study, first conducted in 2007, measures the impact of PE and VC funds on the Indian economy using quantitative and qualitative methods. This year, with advice and guidance from Prof. Thillai Rajan A of Department of Management Studies at IIT-Madras, the study revisited the theme of comparing PE- and VC-backed companies vis-à-vis those that did not have any PE/VC funding and other indices using quantitative and qualitative parameters. 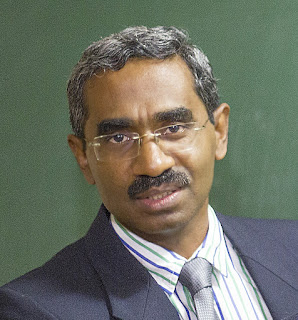 The PE Impact 2017 report was released at Venture Intelligence APEX, the annual conclave of the Indian Private Equity & Venture Capital industry, at Bangalore by Srivatsa Krishna, IAS who has earlier worked with the World Bank’s private sector financing initiative and has researched the PE industry in detail. The first copy of the report was received by Dr. G.S.K Velu, Founder of Trivitron Group, who has successfully raised and leveraged PE capital across several healthcare ventures. 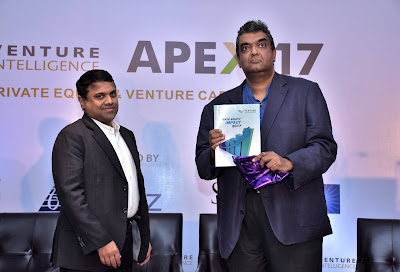 Other Highlights of the Report:

• In the six years between 2011 and 2016, PE-VC firms invested over $72 billion in Indian companies – over 6.5 times what Corporate India raised via Initial Public Offerings (IPOs) during the same period
• PE investment is largely associated with smaller companies. The average size of PE funded firms in terms of revenues and assets are about one-sixth of all listed firms
• Revenue growth of PE-VC backed companies are more than twice that of other benchmarks
• PE-VC investment is associated not just with top line growth but also with growth in asset creation
• PE-VC funded companies exhibit a more efficient working capital management as compared to listed peers
• The profit growth of PE-VC funded companies is the lowest among the benchmarks indicating a predominant focus of such companies on long term growth, sacrificing bottomline focus in the short term
• Lower asset returns, cash returns on capital invested and asset turnover in PE-VC funded companies indicate a focus on long term growth
• PE-VC investments helps to increase the equity base to attract debt capital. PE-VC investors provide a degree of comfort to lenders as indicated in debt levels and costs
• The primary markets are characterized by significant volatility. PE-VC investors do continue to invest even in times even when there is a squeeze in conventional markets, thereby helping the companies to tide over the industry down cycles. As promoters of small-to-mid sized companies typically face limitations in terms of the quantum of equity contribution they can make, PE-VC investors step in to provide the long term funding require to catalyze growth.
• The report features case studies of four PE/VC-backed companies – Quess Corp, redBus, Vectus and Equitas Holdings. The entrepreneurs featured in the Case Studies attest the value added by PE-VC investors – beyond merely providing capital.
• Founders of start-ups are often not well versed with “once in a lifetime of a company” processes such as IPO, M&A and so on. Since many PE-VC investors have prior experience in the financial services industry as well as in addition to working with other investee companies in their portfolio, they are able to help promoters steer through the complexities.

“The PE Impact Study demonstrates how PE and VC firms adopt a long term perspective in their investment decisions. The presence of a PE / VC investor provides a kind of certification which, while broadening the equity base, also helps the investee companies access other sources of funding including debt capital. PE/VC investors also forge active partnerships with their investee companies to improve growth and business strategy, besides opening up new opportunities,” said Prof. Thillai Rajan.

“The common thread that emerges from The Study is that PE-VC investment, when chosen and leveraged well, can help companies scale up rapidly and accelerate growth in several ways that add significant value to the Indian Economy,” said Arun Natarajan, CEO of Venture Intelligence.

Pointing out that the findings of this report differed from those released by various leading consulting firms, Srivatsa Krishna cautioned the Indian Private Equity industry on the various risks it was facing as also the risks it was opening itself too, some by its own sins of omission and commission.

The full report can be downloaded from www.ventureintelligence.com/peimpact.htm

Prof. Thillai Rajan A is currently a Professor in the Department of Management Studies at the Indian Institute of Technology Madras. He is also an international research affiliate at the Coller Institute of Venture at Tel Aviv University, Israel, and an Associate at the Mossavar-Rahmani Centre for Business and Government, Harvard Kennedy School, Harvard University. His teaching and research areas include Private Equity and Venture Capital, Corporate Finance, Project and Infrastructure Finance, and Public Private Partnerships. A more detailed profile can be viewed at https://home.iitm.ac.in/thillair/