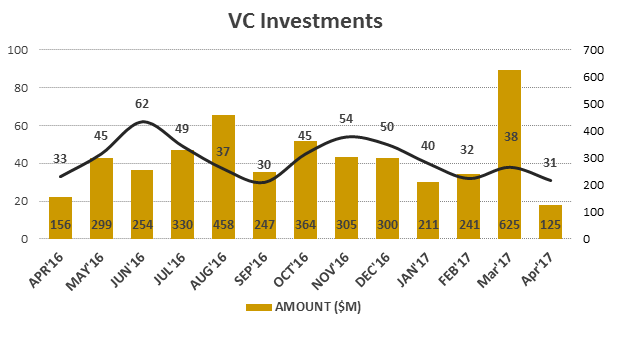 Venture Capital funds invested across 17 Series A deals up from 14 deals in the previous month. All other rounds were either flat or down. 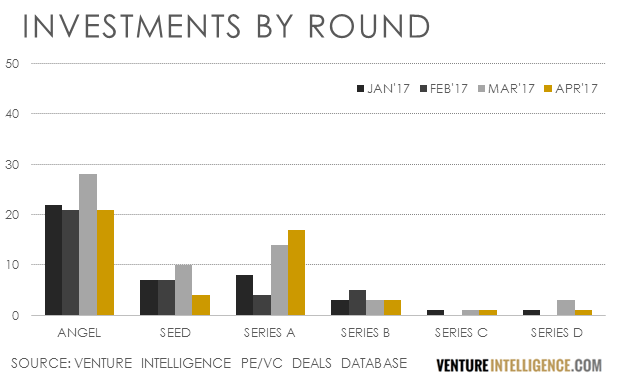 Angel investments finished the month with 21 deals. This was down by almost 50% compared to same period last year (which had witnessed 41 deals) and down by 25% compared to the previous month which saw 28 deals. 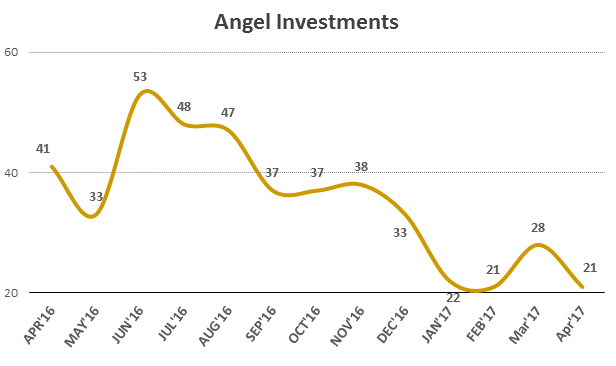