By VarathaVC September 07, 2017
Sluggishness in Early Stage however continues

Venture Capital investments* perked up in August to 34 investments worth as much as $440 million - making it the second highest month in 2017. These stats are comparable to those seen in August 2016 (37 deals worth $458 million) and 140% higher in terms of value compared to Jul'17. August also arrests the 2-month slide in deal activity which began in June. (* Seed to Series D round investments in companies less than 10 years old with value of up to $20 Million. The monthly stats also include investments in IT companies that less than 10 years old, with deal value above $20 million.) 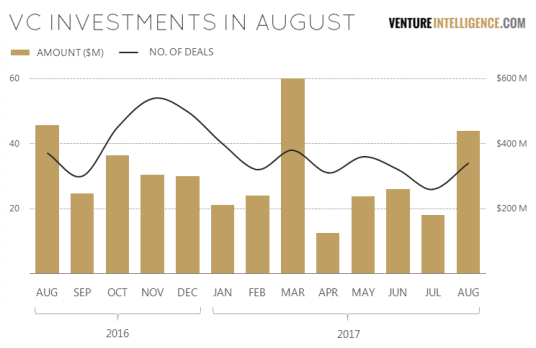 August registered as many as 10 deals worth more than $10 million or more, with VC investors predominantly focused on Series B and beyond rounds. 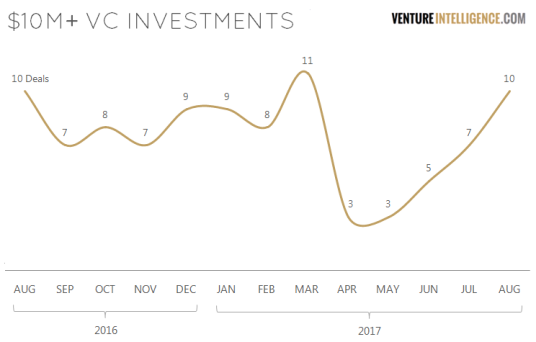 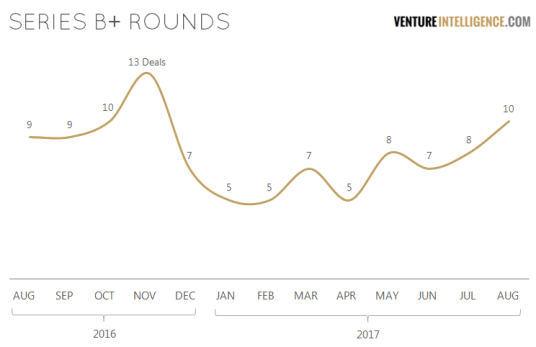 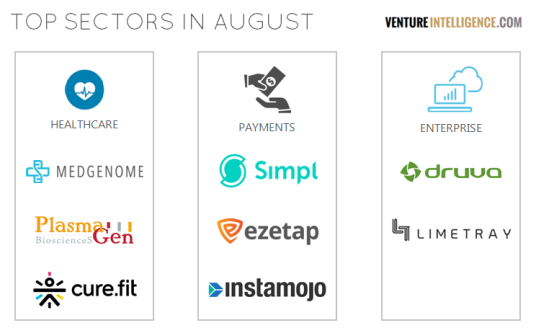 August was not all good news, however. The slowdown in angel investments continued with the month registering just 19 investments - compared to 47 deals in the same period last year and 22 in July'17. 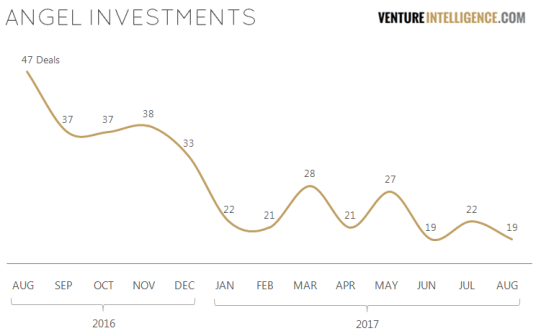 The downward trend was also noticeable in the Early Stage VC segment with a sequential drop in Seed and Series A investments. 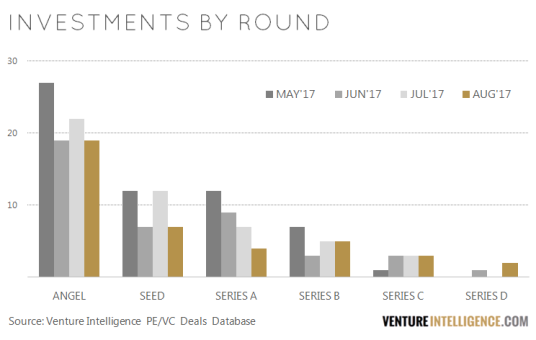 Will the Mega Flipkart Deal Trickle Down?

The screamingly large headline in the VC ecosystem in August of course was SoftBank Vision Fund's mega investment (over $2 billion) in Flipkart - providing an exit route to the e-commerce poster child's early investor, Tiger Global. Whether this liquidity event will encourage Tiger Global - the bellwether VC investor in India during the first half of this decade - to invest more in India going forward could set the tone for the remainder of the year. For more perspective on Tiger's past and likely future investments, read the analysis here.