By VarathaVC April 24, 2018
SBI Caps, Kotak take no.2 and no.3 slots; EY tops inclusive of due diligence services 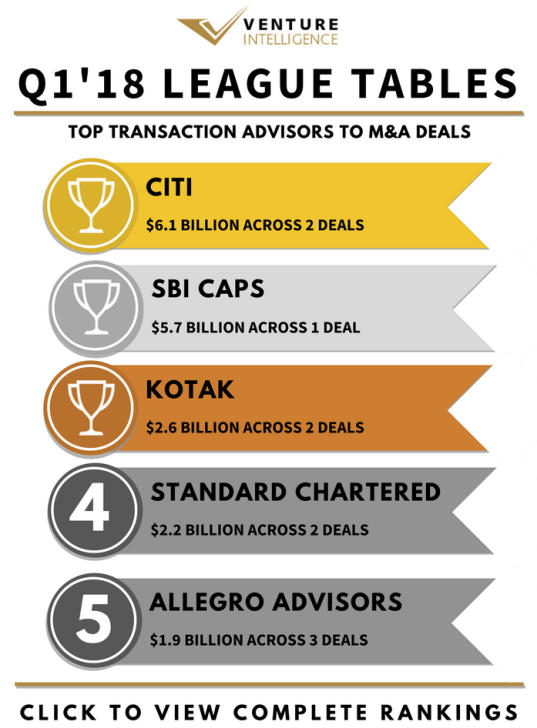 Inclusive of its roles in due diligence and related advisory activities, Ernst & Young topped the League Table advising 9 M&A deals worth $8.9 billion.