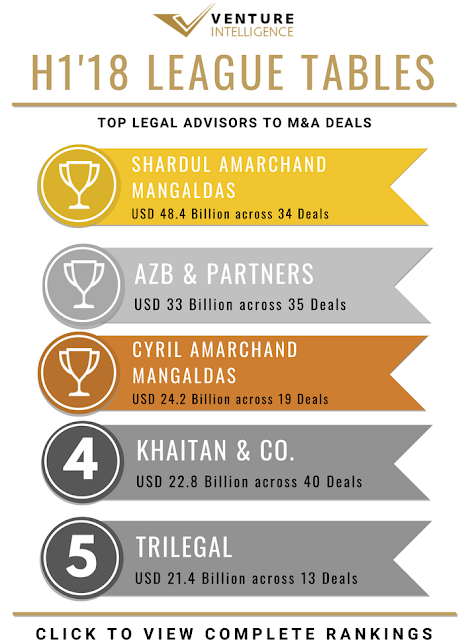 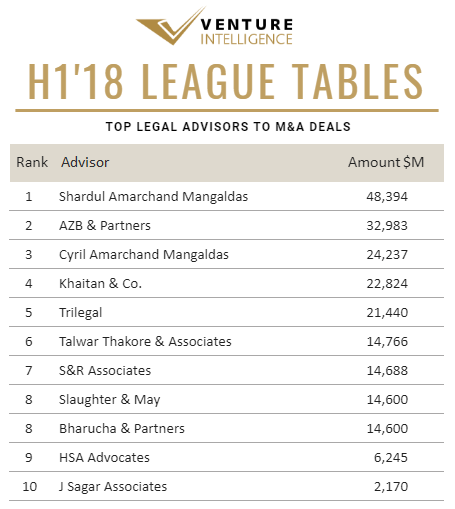 Khaitan topped the tables in terms of deal volume with 40 deals, followed by AZB and SAM. CAM finished at fourth spot while J Sagar Associates (with 18 deals worth $1.6 Billion) took the fifth. 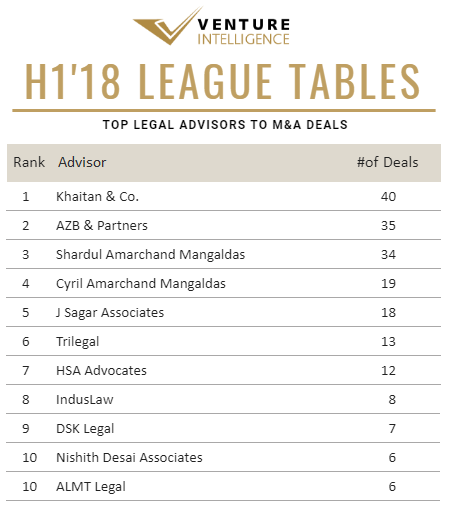 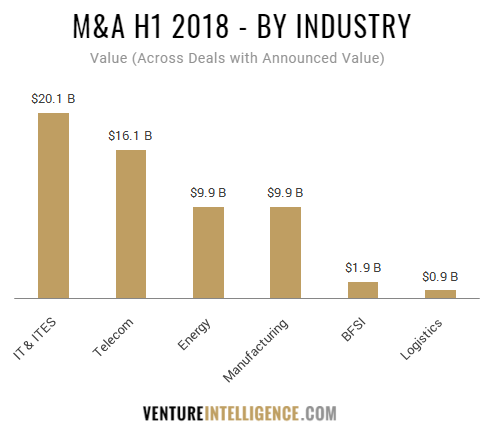 In IT & ITeS, outside of Walmart-Flipkart, HSA Advocates advised the $2 Billion Aricent - Altran Technologies deal.

In the second quarter of 2018, the Manufacturing industry witnessed 39 deals worth over $7 Billion led by large cross border deals and the acquisitions under insolvency proceedings. AZB and SAM advised the $5.4 Billion Bhushan Steel - Tata Steel deal. AZB and SAM were also involved in the $2.1 Billion acquisition of L&T Electricals & Automation business by Schneider Electric, in addition to Trilegal and Khaitan.
The full league tables can be viewed online at http://www.ventureintelligence.com/leagues.php