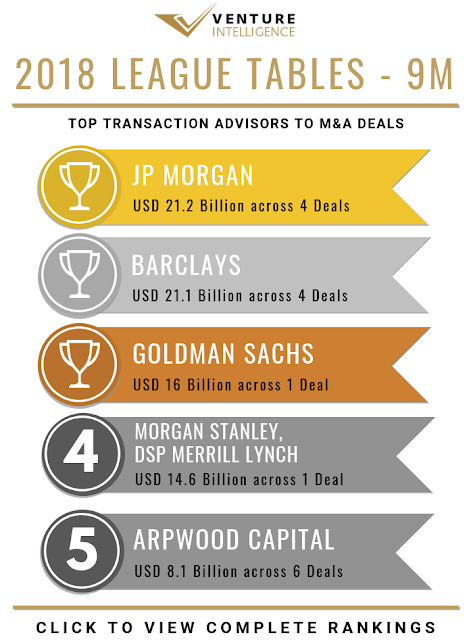 EY also topped by deal volume, followed by KPMG at second place with 23 deals (worth $11 Billion). Deloitte came in at third with 14 deals (worth $3.2 Billion).