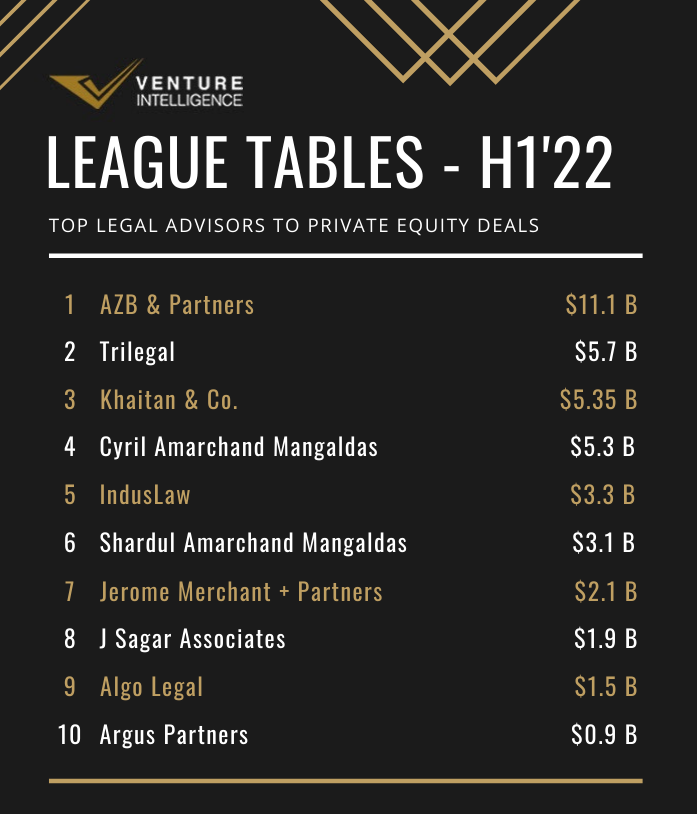 Among foreign firms, Freshfields Bruckhaus Deringer came on top having advised 1 deal worth $805 million. Cleary Gottlieb Steen Hamilton and Kirkland & Ellis took the second spot having advised 1 deal worth $360 million. Weil, Gotshal & Manges came third having advised 1 deal worth $263 million each, and Gunderson Dettmer took the fourth spot with 4 deals worth $239 million. Simpson Thacher & Bartlett took the fifth spot advising 1 deal worth $236 million.
The full league table can be viewed online at https://www.ventureintelligence.com/leagues.php
By Deal Volume
Burgeon Law topped the tables in terms of deal volume having advised 107 deals during H1 2022. IndusLaw took the second spot with 85 deals. This was followed by AZB & Partners with 84 deals. Cyril Amarchand Mangaldas, Jerome Merchant + Partners and Peritum Partners took the fourth spot with 46 deals each, and Lexstart completed the top five with 38 deals.
Among foreign firms, Gunderson Dettmer topped the table in terms of deal volume by advising 4 deals. Goodwin Procter came in second advising 3 deals. 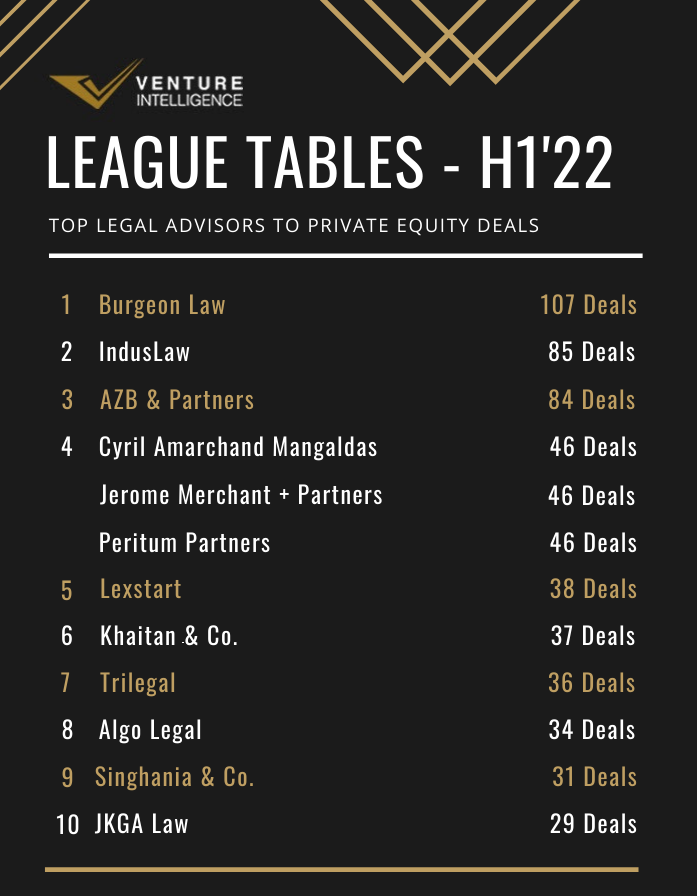