Dual Employment or Moonlighting in India

‘Moonlighting’ or dual employment, refers to the practice of taking up a second job, often covertly, outside normal business hours, while continuing to be formally employed with another employer. In India, moonlighting is often perceived as a way of acquiring an additional source of income and improving one’s skillset, especially amongst certain categories of skilled employment. With the introduction of ‘Work-From-Home’ ("WFH”) policies during the pandemic, this concept appears to have gained traction recently and different companies have sought to address it - albeit in different ways, however, the concept of dual employment has been rampant in the unskilled sector in India, due to a lack of job security and low levels of income. The intent behind moonlighting therefore, clearly differs across sectors in the labour market.

At the outset, there are limited provisions that actively restrict moonlighting. However, most companies adopt contractual restrictions, in the absence of specific legislative protection, to prevent moonlighting by their employees. For example, employment agreements usually include a clause restricting the employee from acquiring employment elsewhere during the term of employment. Hence, if caught moonlighting, an employee of such a company could be terminated for breach of the terms of his or her employment.

In this note, we take a look at the applicable laws in relation to moonlighting and its legal implications, as elaborated in the jurisprudence relating to it.

The Factories Act, 1948 and the Industrial Employment (Standing Order) Rules, 1946, prohibit adult workers from engaging in dual employment. Further, rules related to dual employment have been captured under State-specific labour laws such as the Delhi Shops and Establishments Act, 1954.

·                     Schedule I-B of the Industrial Employment (Standing Order) Rules, 1946: It restricts workmen from taking up any employment that may prejudice the interests of the industrial establishment in which he is employed.

·                     Clause 22 of the draft Model Standing Orders for Service Sector, 2020: While these model standing orders are not notified under the Industrial Relations Code, 2020, the relevant clause states that a workman is expected to refrain from working against the interest of the establishment in which he is employed and shall not take up any other employment that may adversely impact the interests of his employer. However, a worker may take up additional employment, with or without conditions, after obtaining the necessary permission from his employer. Therefore, the new labour codes, seem to address the reality of the industrial sector, whereby workers tend to engage in dual employment and where gig workers are typically engaged in such establishments.

In this section, we analyse certain judicial precedents that have expounded the principles of law relevant to moonlighting or dual employment in India.

Similarly, the Bombay High Court was of the opinion that the dismissal of a factory worker for double employment under Section 60 of the Factories Act, 1948 was neither excessive nor harsh but was in fact reasonable, as by engaging in dual employment, the worker was depriving his employer from the best of his services as it is humanly impossible to work at the same quality and efficiency for extended periods of time, continuously.[1]

Another scenario that was upheld by courts would be if the certified standing orders of a company clearly outline a restriction on dual employment and consider it as an act of misconduct. In such a case, courts have upheld moonlighting as an act of misconduct which would invalidate any relief, if it is established beyond reasonable doubt.[2]

Therefore, if an employee engages in dual employment when there are clear restrictions in place, the courts have so far, adopted an employer-friendly view.

In the recent past, moonlighting has risen as a side-effect of the pandemic and various companies across industries have adopted different approaches as regards to how this issue should be dealt with. For instance, according to publicly available information, it appears that certain companies have allowed employees to take up additional projects or demarcated certain jobs as ‘side gigs’, within their organisation, outside business hours, for the development of their skill set, while others have strictly forbidden dual employment and have resorted to terminating employees found moonlighting, for breach of their contracts.

Issues such as confidentiality, non-compete, ownership and assignment of intellectual property of employees as well as contribution to employment social benefit schemes, such as under the Employees’ Provident Funds and Miscellaneous Provisions Act, 1952 or the Employees' State Insurance Act,1948, are grey areas and legitimate concerns that plague employers when dealing with employees engaging in dual employment.

Certain companies have already adopted measures to address such concerns by regulating the manner in which employees may take up dual employment by way of, illustratively, (a) demarcating projects that require approval and those that do not, majorly on the basis of economic consideration and area of business; (b) requiring strict adherence to their confidentiality and non-compete obligations and ensuring that the envisioned project does not affect their performance or attendance; and (c) treating violation of the dual employment terms, as misconduct, which could lead to disciplinary action or even termination, depending on the severity of said violation.

In light of this, it cannot be denied that moonlighting is a prevalent phenomenon and is here to stay, whether one is in favour of it or not. Accordingly, it is important that the employer should identify the company’s stance when developing and executing their HR policies and practises. Companies can also adopt a moonlighting policy based on their nature of service and employment conditions. A few steps employers can take into account when dealing with moonlighting are:

Contractual Protection: The first line of defence is to incorporate suitable contractual provisions in the terms of employment, whether in the appointment letter or in policies or other documents that form a part of the terms of employment. For example, a non-compete clause is a standard inclusion in most employment contracts and are enforceable during the term of employment. Such negative covenants that are applicable during the term of employment are generally not considered to be violative of Article 27 of the Indian Contract Act, 1872 as a restraint on trade.

Vigilance: Employers need to be vigilant regarding protection of their rights by tracking their employees’ performance levels, investing in better cyber security protection and creating better awareness among their employees. Such an option might be suitable for companies dealing with sensitive or critical data. In fact, clients of such companies might deem it imperative to disallow other work or moonlighting by the employees.

Moonlighting Policy: In case an employer decides to allow moonlighting by their employees, a policy can be implemented whereby the company outlines approvals as well as projects that can be undertaken by such employees. For instance, an employee should not be allowed to take up projects that may require the employee to create or invent products or intellectual property that could be used in the same area of work as their primary employer. Further, the policy should outline and mandate transparency from employees with relation to any additional projects or activities they wish to undertake. The policy should also ensure that the employees continue to adhere to any confidentiality or non-compete obligations that may be in place.

These measures would enable companies to allow their employees to take up additional engagements, in a regulated manner, while ensuring that their own interests are protected, and we are likely to see more organisations adopt such policies as the need for skilled labour or gig workers, rises. 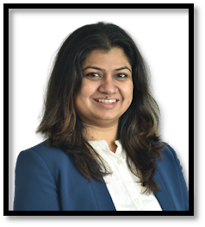 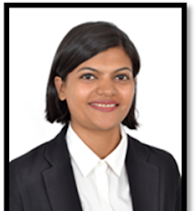 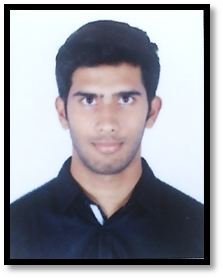