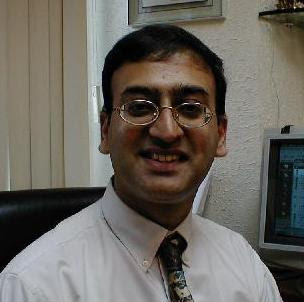 The contribution of private equity and venture capital funds to the Indian economy in the last few years has been phenomenal. In the last three months ending June 2008, Venture Capital firms have invested $158 million over 26 deals in India. In the last six months, PE firms have invested about $5.9 billion, or Rs 25,565 crore, across 141 deals, compared with $5.03 billion invested across 126 deals during the corresponding period in 2007^. In order to keep a check on the investments being made and to ensure a level playing field between the domestic and foreign funds, the Indian regulatory authorities have proposed certain changes to the venture capital regulations.

PROPOSED AMENDMENTS
The India regulatory authorities are revisiting the laws governing private equity and venture capital funds. Stated below are the proposed amendments that are currently under consideration and likely to be introduced soon.

Secondly FVCIs may now be restricted to investments only in startups and regulations such as the minimum capital requirements, the tax benefits, exemptions from the take over code and the one year lock-in period for sale after the initial public offering, which the foreign venture capital funds take advantage of are all under review and in all probability will be changed.

These proposed guidelines are an attempt to provide a level playing field for domestic and foreign funds.

DISCLOSURES AND TRANSPERANCY OF PROCEEDINGS
In addition to the above, new laws may be introduced in order to make the workings of the funds more transparent. The new regulations are an effort to ensure that such investments do not accumulate only in a few sectors so that there is equitable distribution of funds.

Further the regulations with respect to acceptance of the application forms have been reviewed by the Government in response to the concerns raised by RBI and all pending FVCI applications are in the process of being cleared. It is proposed that SEBI sets up a screening mechanism for all pending and future FVCI proposals. Out of the 50 pending applications the 21 concerning realty may be stalled because the High-Level Co-ordination Committee on Financial Markets is more inclined towards the other sectors. This review was undertaken after RBI took a more vigilant stand on FVCI investments flowing into real estate. But the final decision on this issue is yet to be taken.

Additional disclosures regarding the details of investment received in units of such funds from FVCIs may also have to be provided.

CHANGES IN REPORTING NORMS
It is absolutely certain that RBI wishes to keep a check on and confirm the details of the investors and the kind of investments that are being made especially with respect to private equity and venture capital funds. This is evident from the recent changes that have been incorporated in both the Master Circular and the FC-GPR Form. The increase in the specifications with respect to the classification of investors and shares, the allocation of the ‘Unique Identification Number’ for all remittances received and other investment details that now have to be disclosed, is a clear indication of RBI’s intention.

CHANGES IN THE CHARTER DOCUMENTS
By early this year, the RBI had cleared applications from six foreign VC funds. Though many funds are still waiting in the wings, the industry perceives it as a positive development. Advisors to some of the funds say that among other reasons, this could have been achieved only after they changed their charters to insert a specific clause that there will be no investment in the real estate sector.

Till now, the funds were only giving an undertaking, which is just a letter to RBI, stating that they will stay away from real estate - a simple declaration which the regulator thought was inadequate. There are other changes that foreign VCs are making to push their case. Significantly, they are refraining from making any mention of sectors which have certain sensitivity in terms of foreign direct investment. For instance, as funds spell out the segments they would be interested to invest in, there is no reference to industries like retail, non-banking finance companies and banking.

POSSIBLE CONSEQUENCES OF THE AMENDMENT
Following are some of the possible reasons and consequences that flow from the recent amendments:

• The regulatory authorities are unable to provide a breakdown of the data and cannot identify the exact share of these funds despite the percentage of inflow being significant. In order to segregate and to get a clear perspective on the share of investments and the type of investors; the reporting pattern and other regulations have been modified accordingly.

• Changes in the regulations have been made to ensure a certain amount of clarity while dealing with the funds and their investments.

• With the guarantee of the same legal norms for both foreign and domestic funds, there will be an equitable distribution of funds.

These changes may not even have any immediate effect or consequence. But the possibility of certain restrictions being imposed by the authorities based on the information acquired cannot be denied.

CONCLUSION
At present although 97 out of 111 funds have already voluntarily registered with SEBI, it still does not have any definite source about the exact investments in India. Therefore in view of the volume of investment that is expected this year, the proposed changes in the regulations and the reporting norms would definitely help in maintaining a record of the inflow of funds. Ultimately though these decisions have to be made by the regulatory authorities, they could either make the regulations more stringent or more relaxed. But at this point in time, the impact of the new regulations if introduced cannot be predicted accurately. All we can hope for is a positive outcome and better prospects for the ever volatile Indian economy.