By Arun October 15, 2009
One of the more interesting start-ups to receive VC funding this year has been Dhama Apparel Innovations which provides apparel with variable heating / cooling to people living and working in difficult climatic environments. N. Sriram of Venture Intelligence recently spoke with Kranthi Kiran Vistakula, Dhama’s Founder & CEO who is an alumnus of the Massachusetts Institute of Technology. 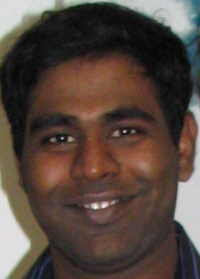 Venture Intelligence: You have a biotech and engineering background from MIT. Why did you switch to doing an apparel start-up?

Kranthi Vistakula: While living in Boston (USA), the weather was either cold or hot…I never felt comfortable. Since I could not find any functional apparel in the market, I started developing one for my use. That is how the whole idea started.

VI: Dhama is now targeting to sell temperature-controlled apparel to defense forces. Don’t soldiers have these kinds of apparels already?

KV: They do have. But they are very heavy. Our apparel weighs around 1 kg. The apparel soldiers wear now weighs about 5 kg. We are reducing their weight for better performance.

VI: How did you fund your company initially?

KV: Dhama Apparel Innovations was founded in January 2008. Initially, we got a government grant through the techno-entrepreneur promotion programme of the DSIR (Department of Scientific and Industrial Research). We got almost US$130,000 through the grant. The VC funding happened in 2009.

VI: Why did you decide to go for VC funding this year?

KV: We decided to commercialize the product. VC funding helps here because VCs bring in good networking and contacts. The VC funding will be used to expand the product line, finishing testing trials, etc.

VI: How easy or difficult was it to raise the VC round?

KV: We started to look for VC funding in November 2008 and we were able to successfully raise funds in June 2009. We made multiple presentations to many firms but when Reliance Technology Ventures and Mumbai Angels came in, the funding was wrapped up in a month.

VI: What was the most challenging task when you were raising funds?

VI: Is the funding hesitation because products that look great in the research lab lose their sheen when they actually hit the market?

KV: That could be one of the reasons. The other reason is that the risk factor is pretty high. Even if the product is extremely good, the market adoption may not be as good. In service industry, you can revamp your strategy overnight. In a product company, you cannot do that. It’s a time-consuming process. If I change my strategy, it will take at least 3-4 months to be effective and there is a lot of risk involved in that process. I see this as a major risk.

VI: Besides money, what other value do your VCs bring to the table?

KV: They are helping me in marketing, and are providing lots of support in terms of contacts, etc. We went to Reliance Tech Ventures and Mumbai Angels because they are aggressive and not hands off.

VI: What has been the key takeaways for you so far (both in launching the business and VC fund raising)?

KV: One key lesson I have learnt is you always overshoot the budget by 20-30%. Unexpected costs pop up in every direction, every month. Initially you might think this is not significant, but it will turn out to be significant. Secondly, choosing the right investor is critical. It is not all about the money; it is the support that counts.

VI: Do you have any advice for entrepreneurs in fund raising, - particularly for companies in the product development area?

KV: If the VC is taking too much time to decide, let go of him. Find someone else. If they take two months or more to respond, it is really unlikely that they will fund you. Selecting the right investment partner is crucial for an entrepreneur in product development.