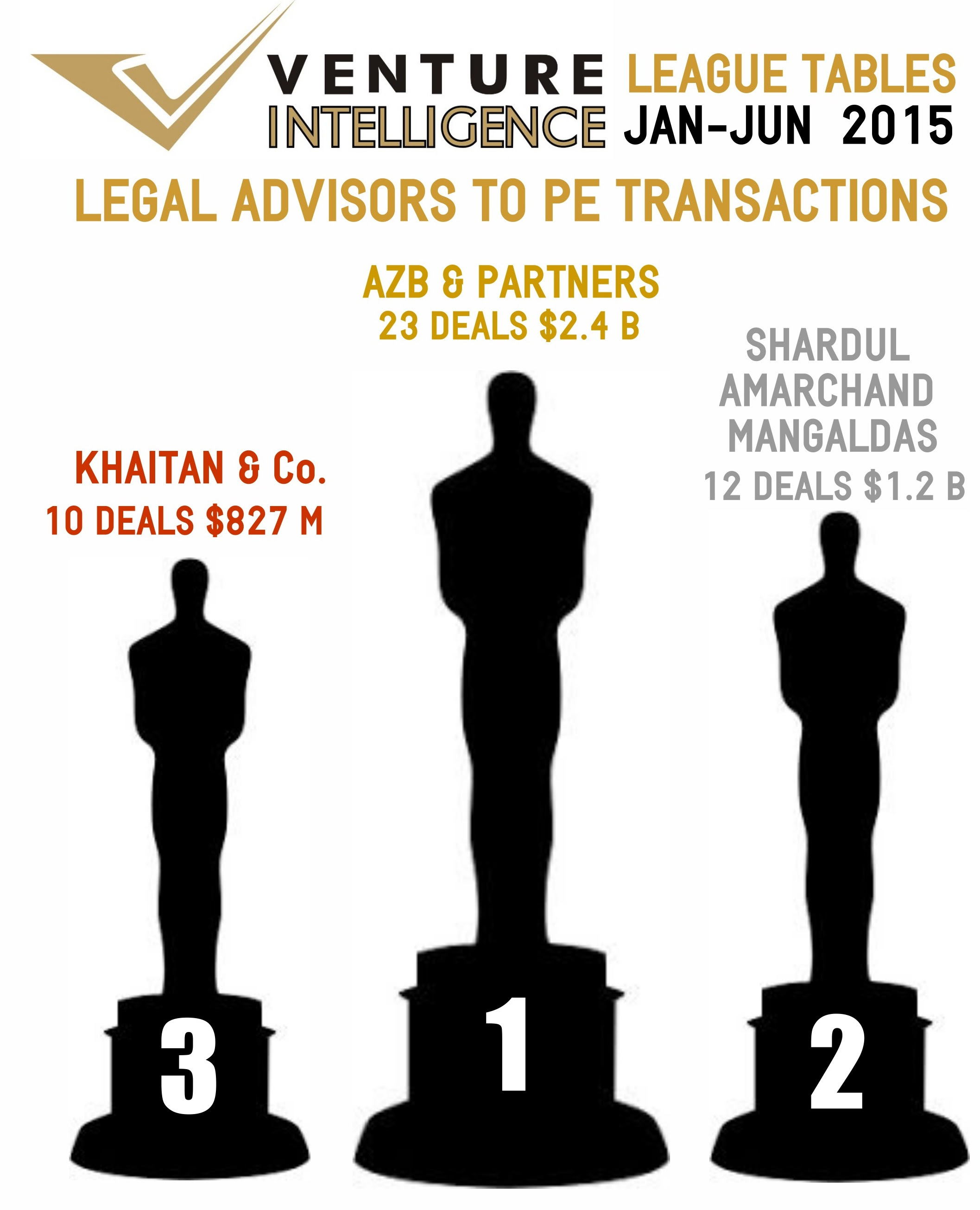 AZB & Partners has retained its status as the top Legal Advisor for Private Equity transactions during the first six months of the 2015. According to the Venture Intelligence League Tables, AZB advised PE deals worth $2,446 million (across 23 qualifying deals), followed by Shardul Amarchand Mangaldas ($1,219 million across 12 deals); Khaitan & Co ($827 million across 10 deals) and J Sagar Associates ($823 million across 9 deals).


The Venture Intelligence League Tables, the first such initiative exclusively tracking transactions involving India-based companies, are based on value of PE and M&A transactions advised by Transaction and Legal Advisory firms.

The full league tables can be viewed here

Venture Intelligence is the leading provider of data and analysis on Private Company Financials, Transactions (private equity, venture capital and M&A) & their Valuations in India. Click Here to Sign Up for the FREE Weekly Edition of the Deal Digest: India's First & Most Exhaustive Transactions Newsletter.