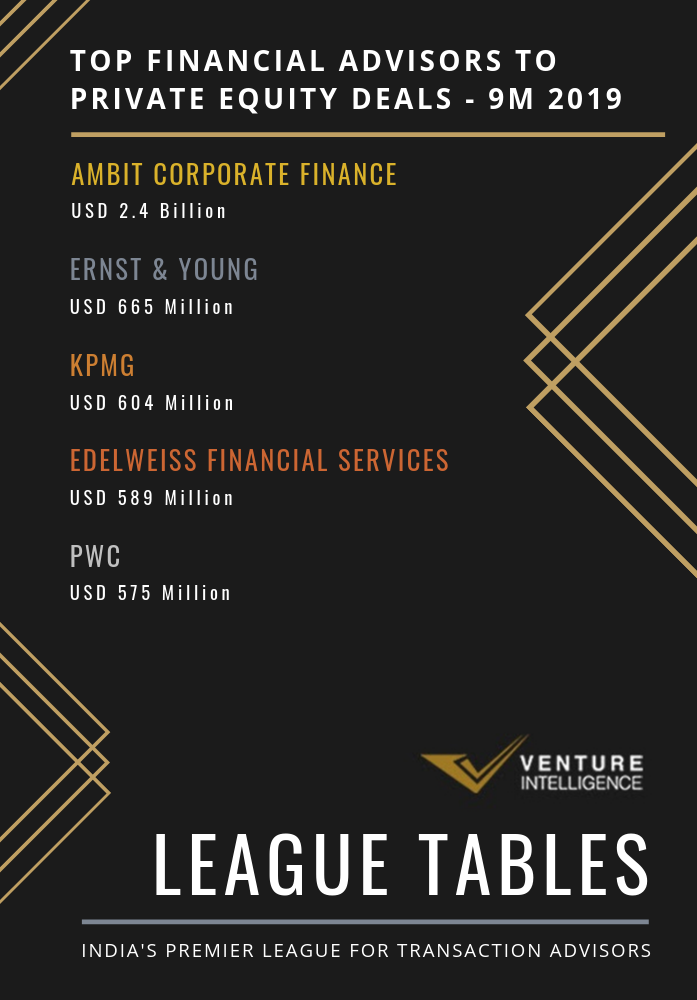 The Venture Intelligence League Tables, the first such initiative exclusively tracking transactions involving India-based companies, are based on value of PE and M&A transactions advised by Financial and Legal Advisory firms.

Among the largest deals in the latest quarter, Transaction Square advised the divestment by IndiaBulls of the remaining 50% stake in its commercial properties to Blackstone. Barclays, Avendus, KPMG, EY and PwC acted as financial advisors to the EuroKids International acquisition by KKR. Spark Capital Advisors advised WestBridge’s investment into Aptus Value Housing Finance India. 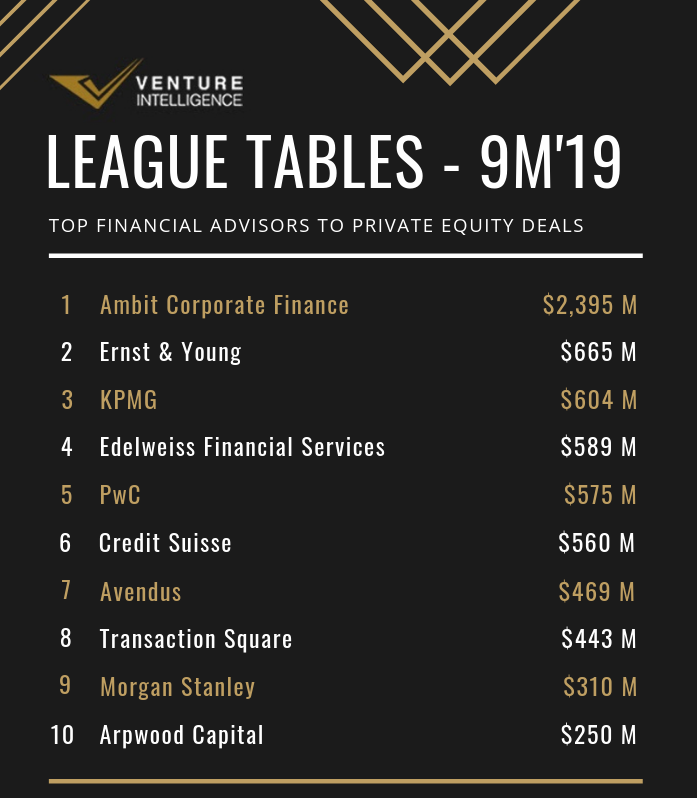 Unitus Capital topped the tables in terms of deal volume with 12 deals during Jan - Sep 2019. CreedCap Asia Advisors broke into the top 3 for the first time advising 10 deals. Avendus came in third with 6 deals. 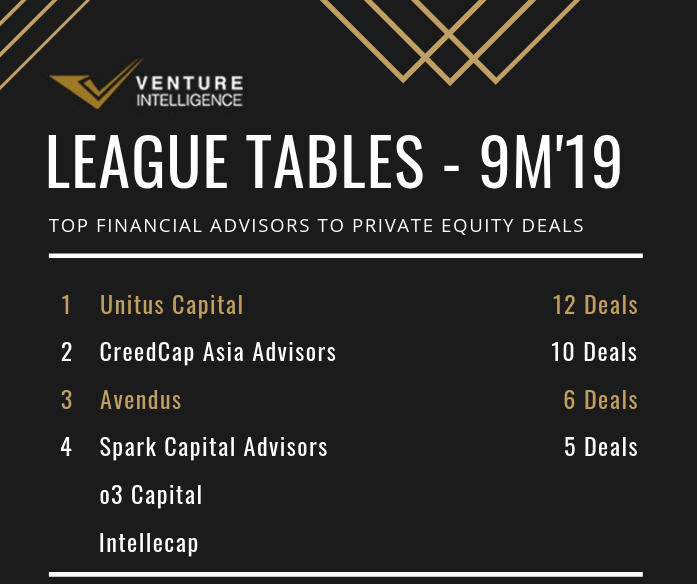 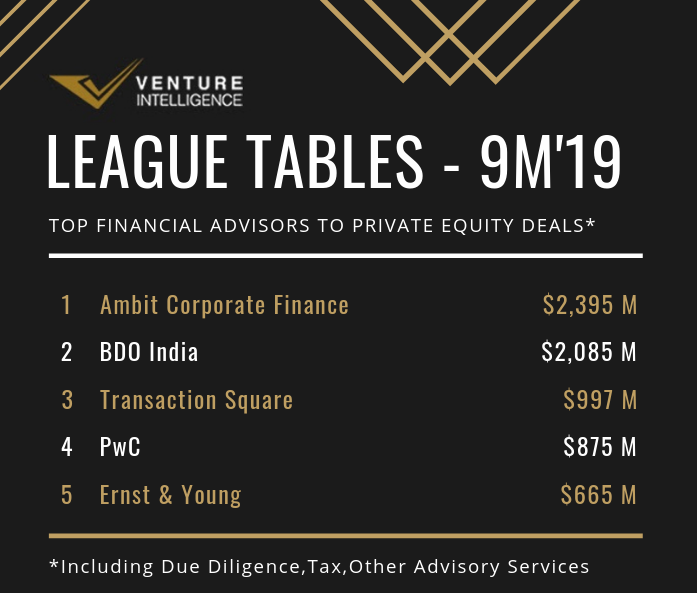 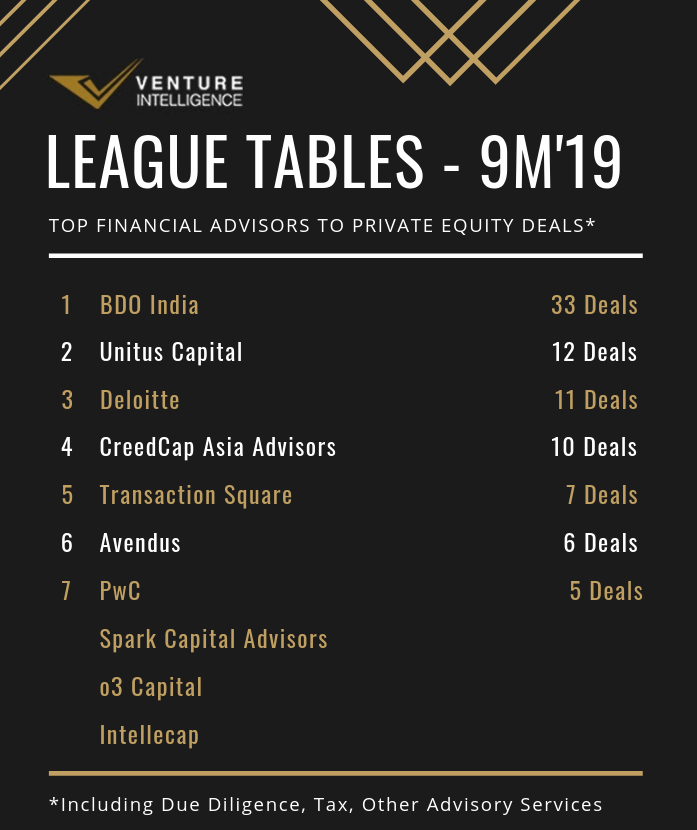 To showcase your firms' transactions in the League Tables, mail Vanathi at
research@ventureintelligence.com.