By VarathaVC July 13, 2017
Kotak, UBS Securities take no.2 and no.3 slots; EY tops inclusive of due diligence services 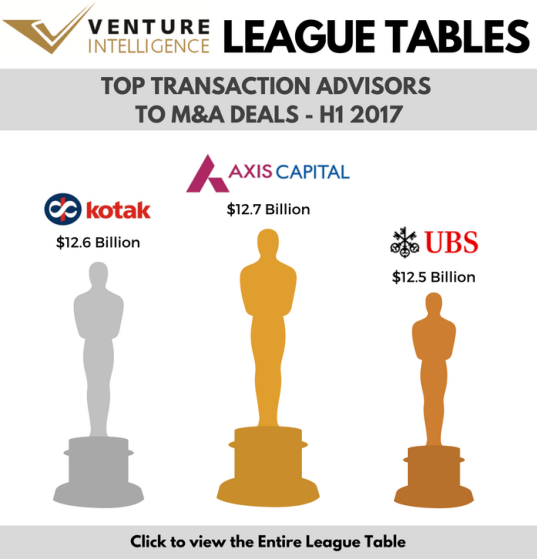 The biggest M&A deal in 2017, the Idea Cellular – Vodafone merger involved the top 3 firms as well as firms such as Morgan Stanley, Robey Warshaw and Rothschild who occupy the fourth slot.

The full league tables can be viewed online at http://www.ventureintelligence.com/leagues.php