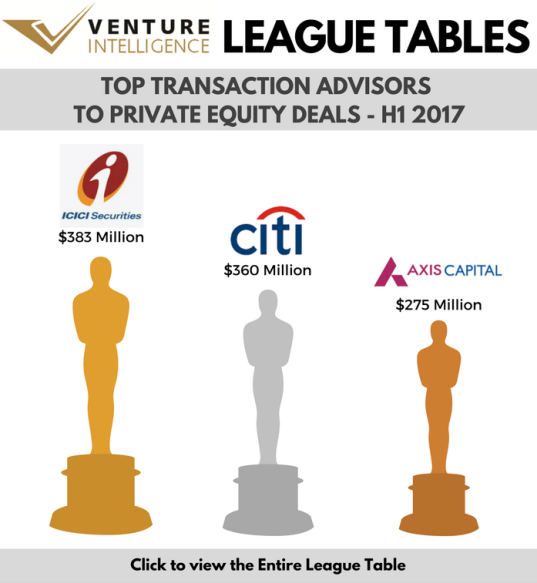 Deloitte ($250 million investment by CDPQ in a Realty JV with Piramal Enterprises) and Avendus ($208 million across four deals) completed the Top 5 list by value. Avendus advised deals were led by the $80 million Series C round raised by food delivery firm Swiggy.com and the $56 million investment in market research firm MarketsandMarkets.

Veda Corporate Advisors and o3 Capital topped the tables in terms of deal volume advising five deals each. Avendus, KPMG, Intellecap and IndigoEdge came in next advising four deals each.

Among Impact / Social Venture investments, Intellecap topped in terms of number of deals advised - four deals with a value tag of $44 million including the investment in Arohan Financial Services by Tano Capital and Aavishkaar.

The full league tables can be viewed online at http://www.ventureintelligence.com/leagues.php