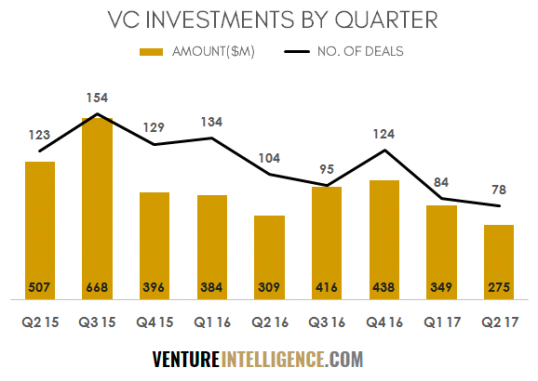 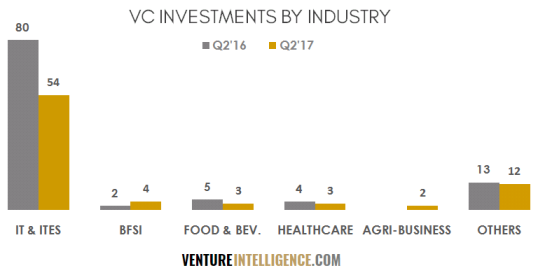 Seed rounds witnessed a steep 53% fall in Q2 2017 to 22 transactions (compared to the 47 deals in Q2 2016).The Series A round (or First Round of institutional investments) was the only category to witness a rise, climbing 15% in Q2 2017 to 39 transactions, the Venture Intelligence analysis showed. 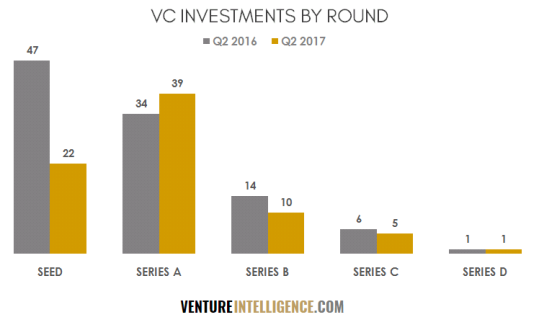 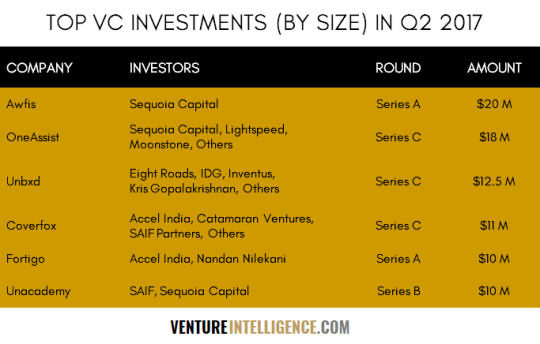