By VarathaVC February 07, 2019
Barclays, Goldman Sachs claim the No.2 & No.3 slots; EY claims top spot including other advisory services 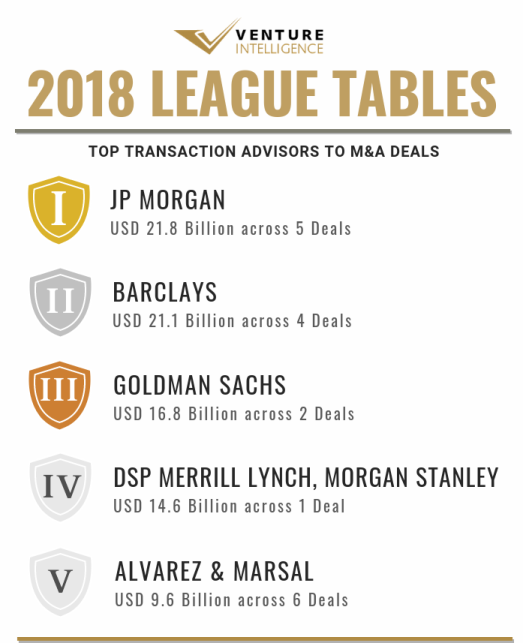 The full league table can be viewed online at https://www.ventureintelligence.com/leagues.phpd

EY topped the tables in terms of deal volume with 27 deals (worth $7.8 Billion) during the year. Avendus and KPMG took the second place advising 12 deals each. PwC and RBSA Advisors occupied the third place with 7 deals. Alvarez & Marsal, Arpwood Capital, Deloitte and o3 Capital shared the fourth spot with 6 deals each. 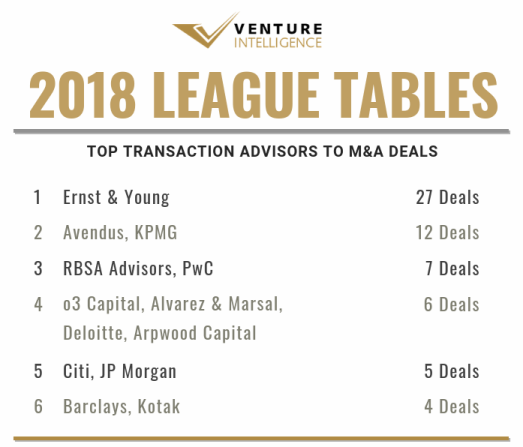 Inclusive of its roles in due diligence and related advisory activities, EY also topped the tables advising deals with a value tag of $51.9 Billion (across a total of 80 qualifying deals) during 2018. 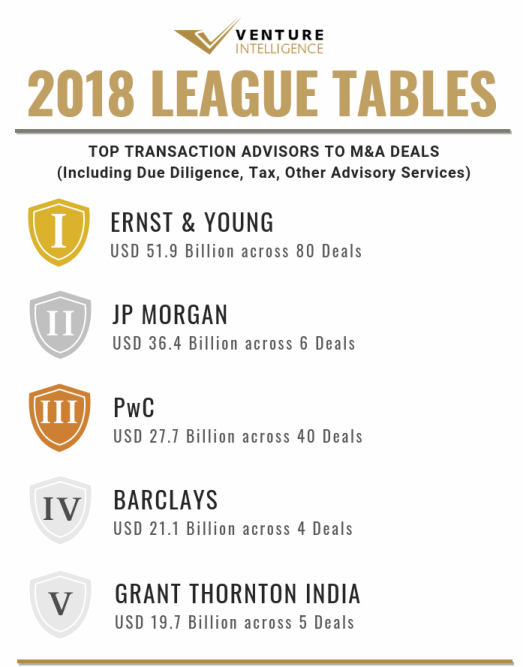 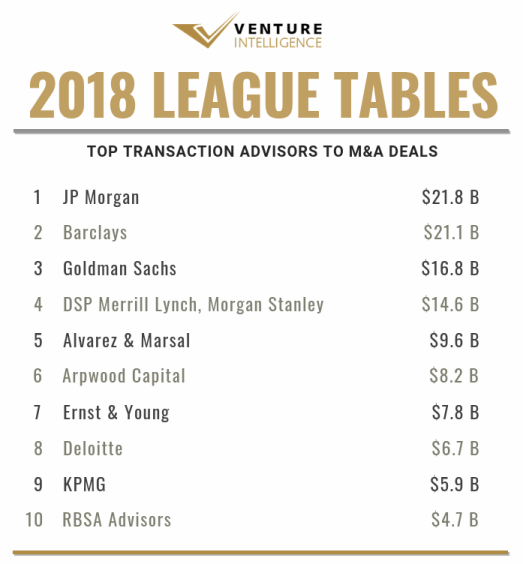 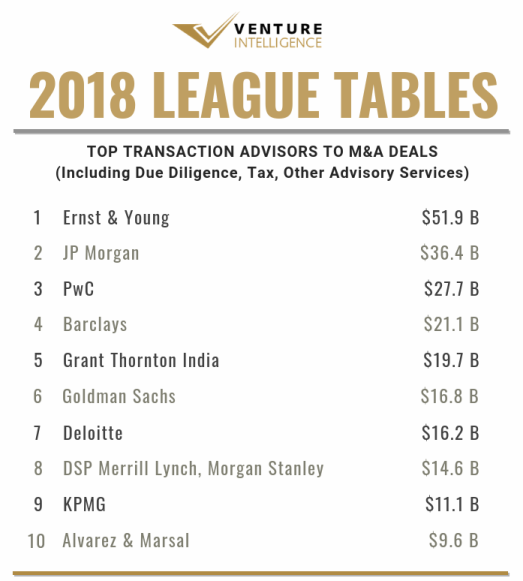 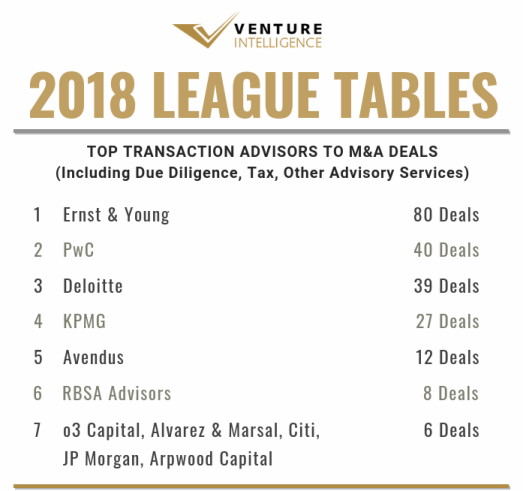