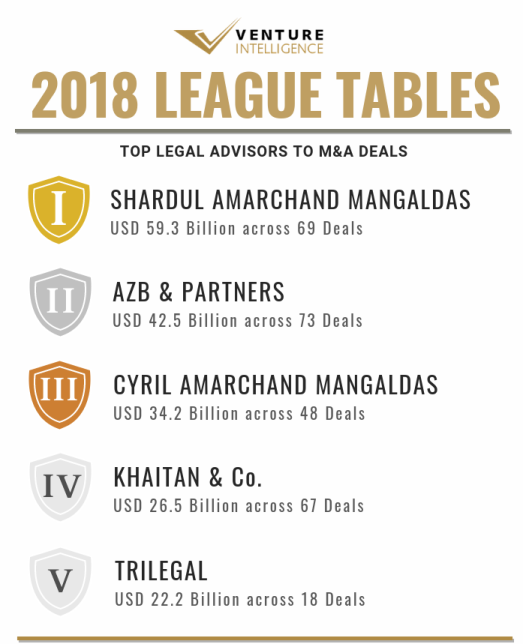 AZB topped the tables in terms of deal volume notching up 73 deals during the year. SAM took the second spot with 69 deals, followed closely by Khaitan with 67 deals. CAM and J. Sagar Associates (JSA, with 25 deals worth $7.8 Billion) occupied the fourth and fifth place respectively.

Among M&A transactions in IT & ITeS (by value), Khaitan stood first followed by SAM and Trilegal. CAM and HSA Advocates came in at fourth and fifth. By deal volume, SAM stood at first place with 21 deals followed by Khaitan. AZB stood third with 14 deals followed by CAM. JSA and Legalogic Consulting.

AZB topped in Infrastructure deals with $23.4 Billion, followed by SAM. Legal advisors to the Indus Towers - Bharti Airtel merger including S&R Associates, Talwar Thakore & Associates, Bharucha & Partners and Slaughter & May came in at third place. CAM came in fourth, followed by HSA in fifth place. AZB (with 18 deals) also topped by deal volume, followed by SAM, Khaitan, HSA and CAM in second place with 11 deals each. Trilegal and IndusLaw occupied the third spot with 4 deals each.

In Financial Services, AZB topped the table with $2.2 Billion, followed by SAM (with $1.7 Billion). Trilegal came in at third place.

In Real Estate, JSA topped with $789 million, followed by SAM with $730 million. CAM occupied the third place followed by AZB and HSA. 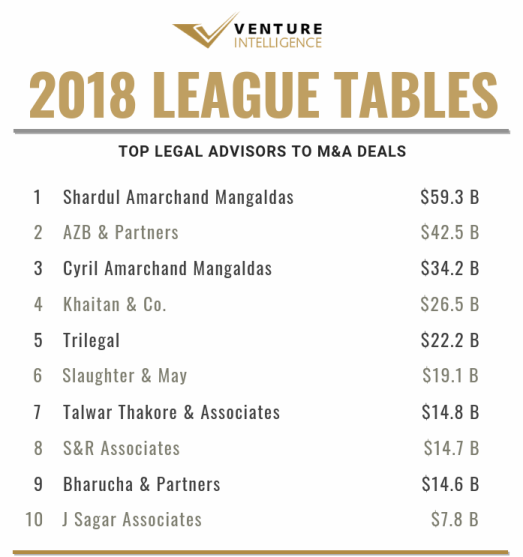 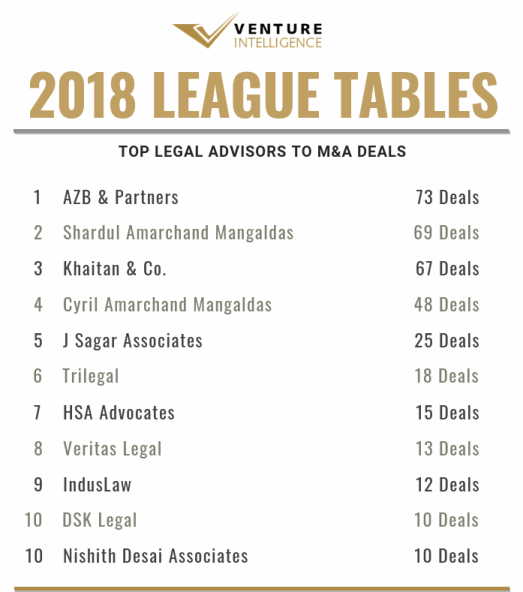