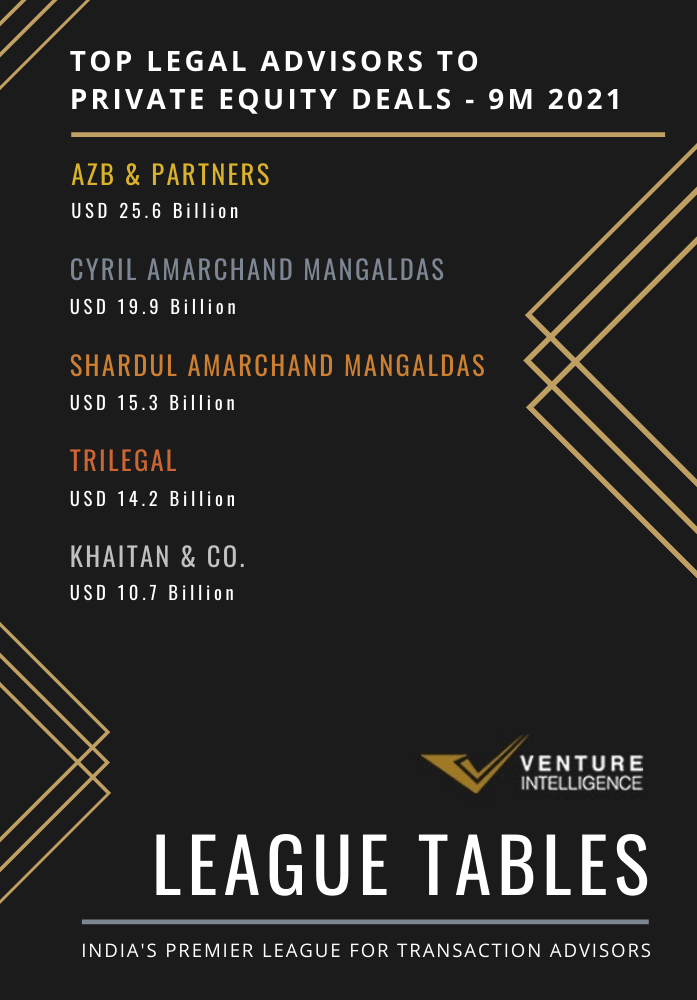 The Venture Intelligence League Tables, the first such initiative exclusively tracking transactions involving India-based companies, are based on the value of PE and M&A transactions advised by Financial and Legal Advisory firms.
Among the largest deals in the latest quarter, CAM and SAM advised Walmart-owned Flipkart’s $3.6 Billion funding round led by GIC, CPPIB, and SoftBank. SAM advised Carlyle Group’s $3 Billion acquisition of IT services firm Hexaware Technologies (via purchase of shares held by Baring Private Equity Asia). AZB, SAM, and Trilegal acted as advisors to the complete exit by PE-VC investors in Billdesk (via the digital payments provider’s acquisition by Prosus-Ventures-backed PayU). 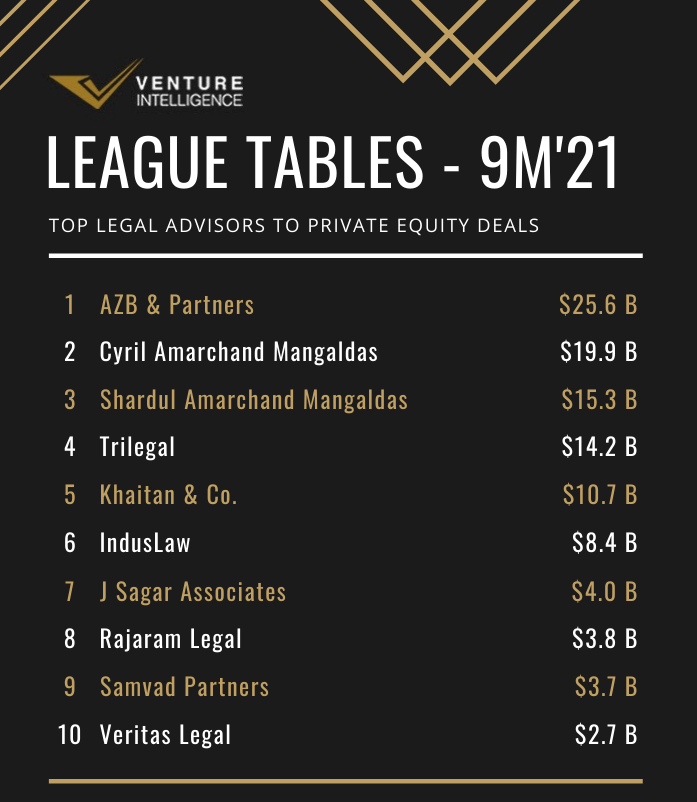 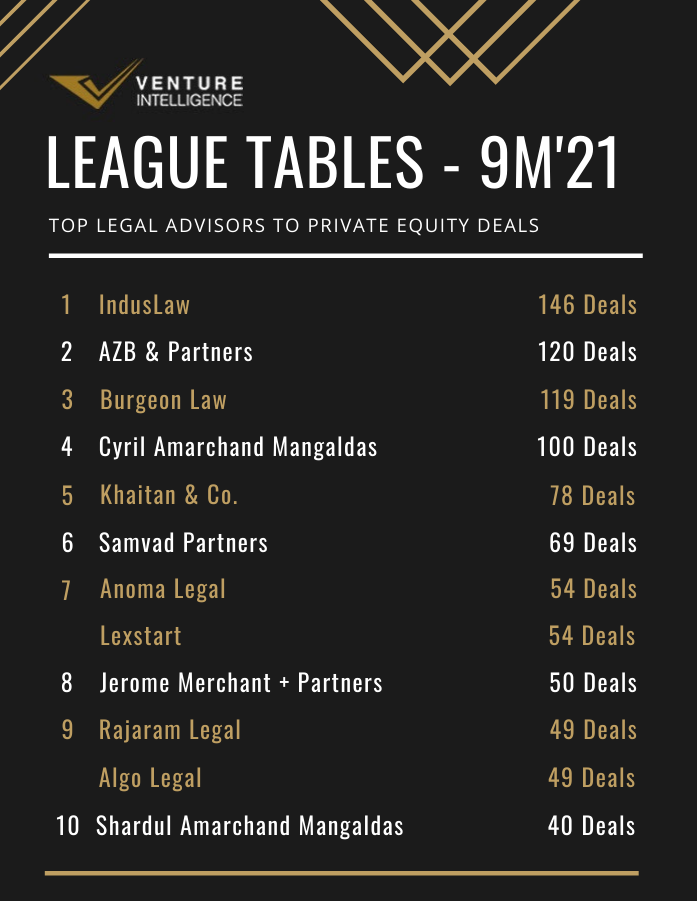