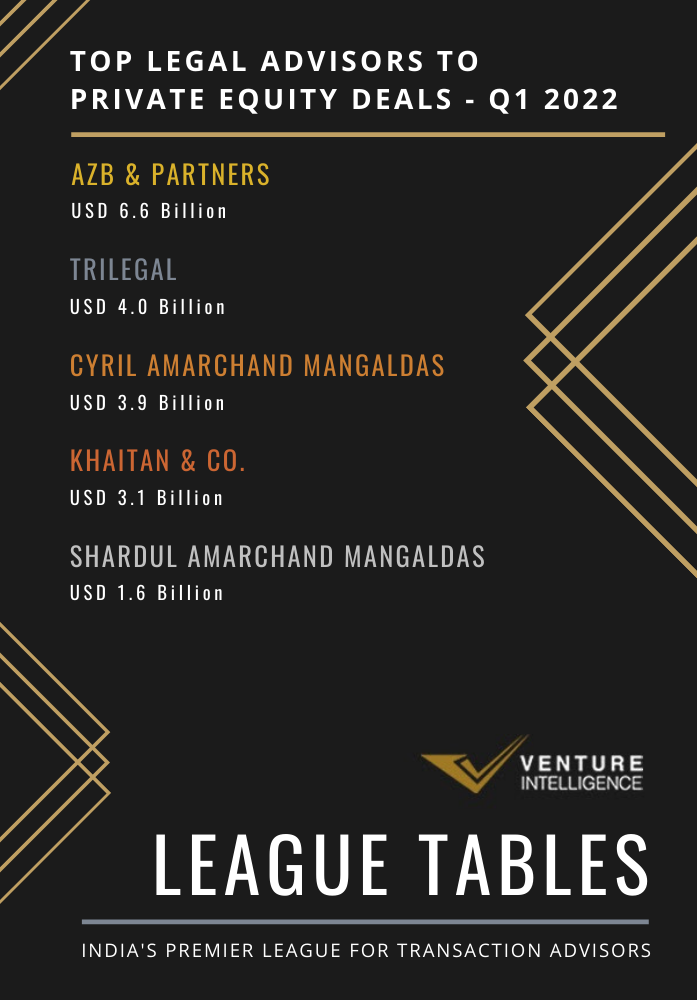 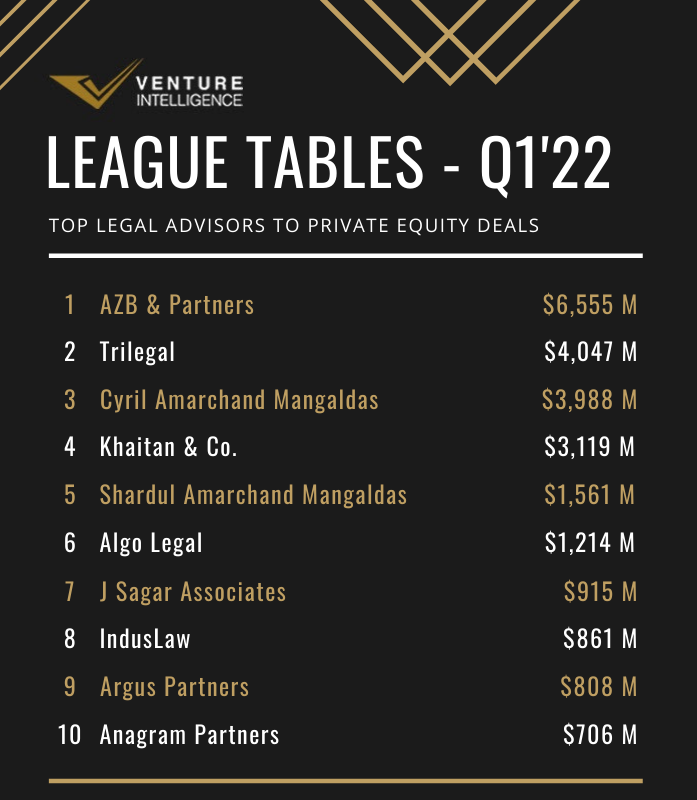 Among foreign firms, Weil, Gotshal & Manges came on top having advised 1 deal worth $263 million. Gunderson Dettmer took the second spot having advised 2 deals worth $125 million. Goodwin Procter came third having advised 2 deals worth $107 million and Lowenstein Sandler took the fourth spot with 1 deal worth $100 million.
The full league table can be viewed online at https://www.ventureintelligence.com/leagues.php
By Deal Volume
Burgeon Law topped the tables in terms of deal volume having advised 60 deals during the year. AZB took the second spot with 45 deals. This was followed by Algo Legal with 33 deals. CAM took the fourth spot with 32 deals, and IndusLaw and Singhania & Co. completed the top five with 31 deals each.
Among foreign firms, Gunderson Dettmer and Goodwin Procter topped the table in terms of deal volume having advised 2 deals each. 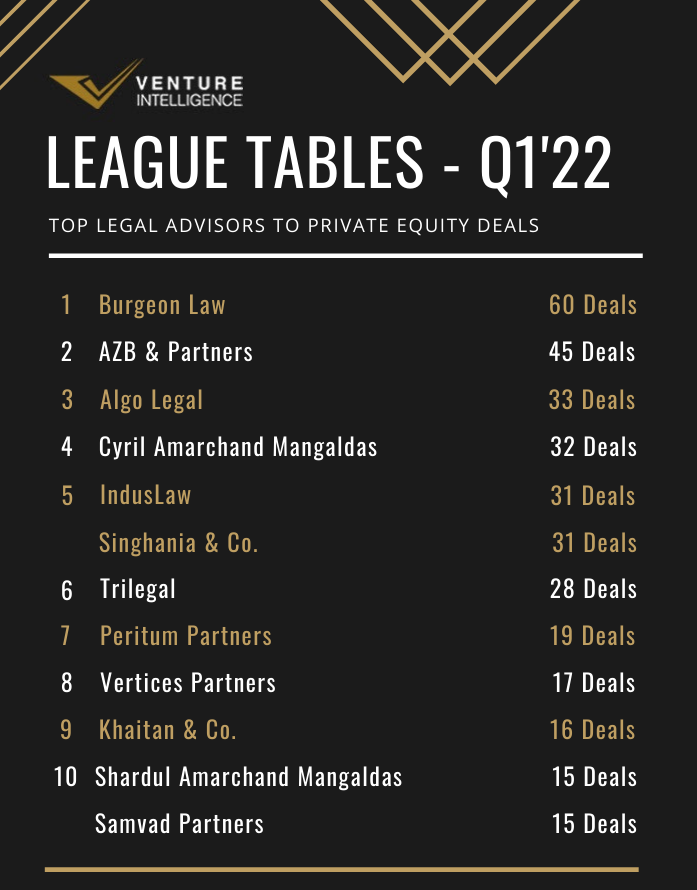 By Industry
Among PE transactions in the IT & ITeS industry (by value), AZB ($2.9 Billion) stood first followed by CAM ($2.0 Billion). Khaitan & Co. ($1.3 Billion) and Trilegal ($1.2 Billion) took the third and fourth spots respectively. Argus Partners ($784 million) completed the top five. By deal volume, Burgeon Law (42 deals) topped the table followed by Algo Legal (27 deals) and AZB (25 deals).
In the Financial Services industry, CAM topped the table having advised 4 deals worth $959 million followed by AZB with 5 deals worth $864 million. Trilegal took the third spot having advised 4 deals worth $824 million. Khaitan & Co. ($717 million across 3 deals) and J Sagar Associates ($268 million across 3 deals) took the fourth and fifth spots respectively.
Under the Infrastructure segment, AZB topped the table (by both value and volume) having advised 3 deals worth $1 Billion, followed by Trilegal with 3 deals worth $397 million. SAM (2 deals worth $380 million) and CAM (2 deals worth $350 million) took the third and fourth spots respectively. Veritas Legal (1 deal worth $330 million) completed the top five.
Trilegal and Khaitan & Co. topped the Real Estate industry. Trilegal advised 2 deals worth $603 million and Khaitan & Co. advised 2 deals worth $587 million.
Trilegal topped (by value) in the Manufacturing industry having advised 2 deals worth $325 million, followed by Khaitan & Co., Wadia Ghandy & Co., Weil, Gotshal & Manges with 1 deal worth $263 million.
The full league table can be viewed online at https://www.ventureintelligence.com/leagues.php
To showcase your firm's transactions in the 2022 League Tables, mail Vanathi at
deals@ventureintelligence.com.
About Venture Intelligence
Venture Intelligence is India's longest-serving provider of data and analysis on Private Company Financials, Transactions (private equity, venture capital, and M&A) & their Valuations in India.