PE/VC Investments in Education spike up in 2016

The month of May has already witnessed three investments in test preparation and tutoring companies: 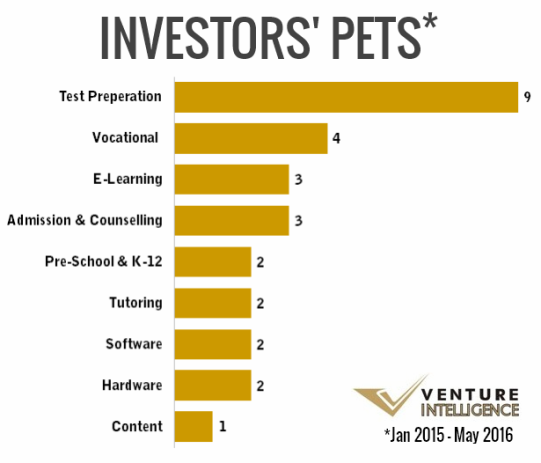 In the non-regulated sectors, Test Preparation (like Byju's Classes) and Vocational Training & Certification firms (like Simplilearn & Edupristine) have been the most favored sectors by investors.

The $70 million attracted by Byjus in March 2016 led by Belgium-based Sofina marks the largest investment for a startup education company and takes the total funding raised by the company to almost $100 million.

PE investors have even returned to the regulated sectors, CX Partners has invested as much as $60 M in Nspira, a group firm of the Hyderabad-based Narayana Group, while the Jain Group has attracted $35 million by selling a 74% stake the Real Estate assets of 12 of its K-12 schools (with an option to buy back the stake after 10 years) to Cerestra Edu Infra Fund.

Are you a PE/VC Investor, Investment Banker or Law Firm looking to track transactions in India. Click Here to take a trial to our awesome products like the Deal Digest Newsletter on which the above infographic was published first and the Private Equity & Venture Capital Deals Database from which the above trend was identified. 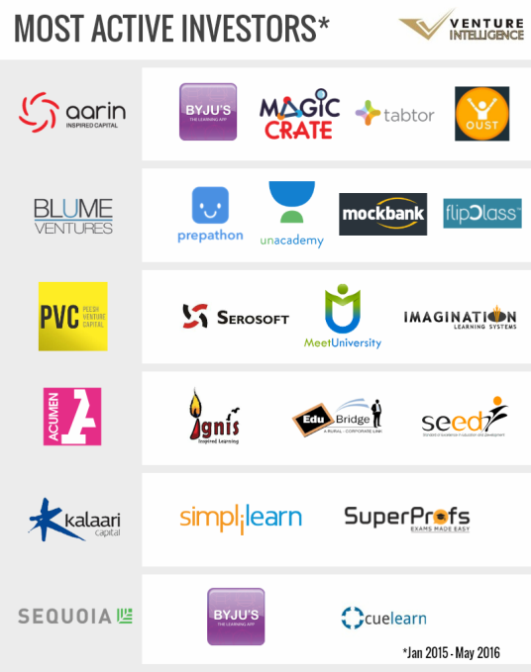 Aarin Capital, the family office of Manipal Group's Dr.RanjanPai and former Infosys CFO Mr. Mohandas Pai, has been both an active investor in the sector (4 investments in the last 15 months), but has also succeeded in getting strong follow-on funding for its early bets in the sector like Byjus and Tabtor. Among VC investors, firms like Kalaari Capital and seed funds like Blume Ventures have been specially focused on technology enabled companies in the sector. 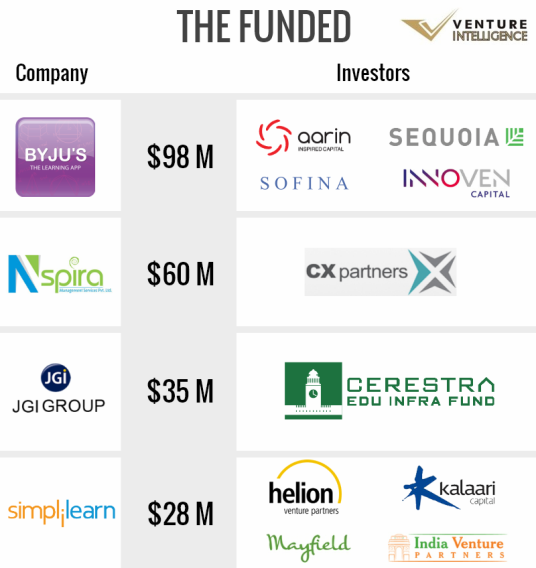 Are you a PE/VC Investor, Investment Banker or Law Firm looking to track transactions in India. Click Here to take a trial to our awesome products like the Deal Digest Newsletter on which the above infographic was published first and the Private Equity & Venture Capital Deals Database from which the above trend was identified.