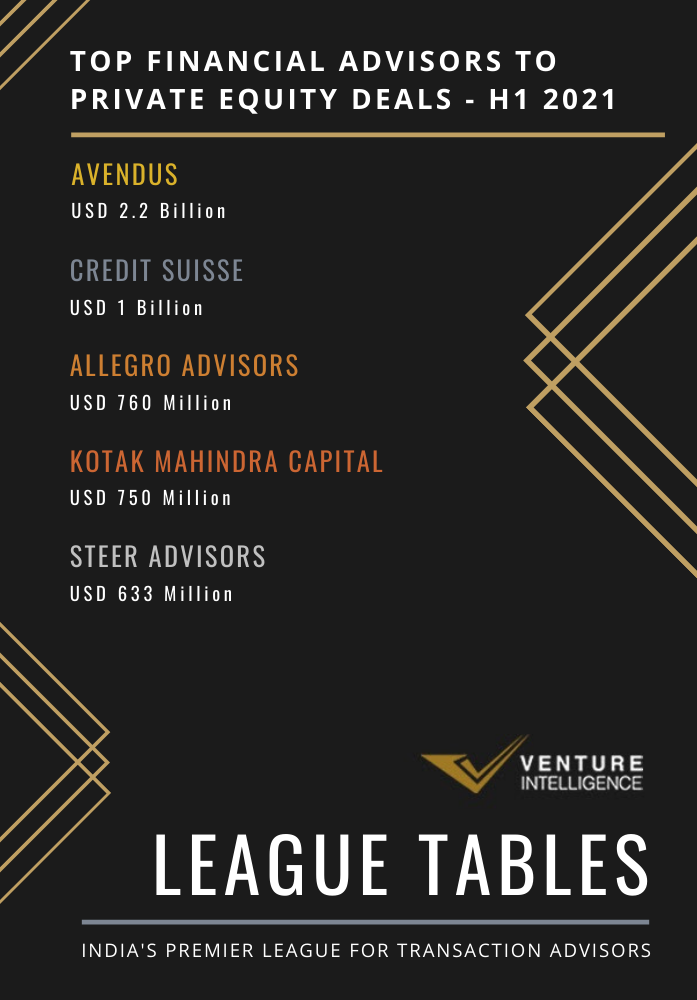 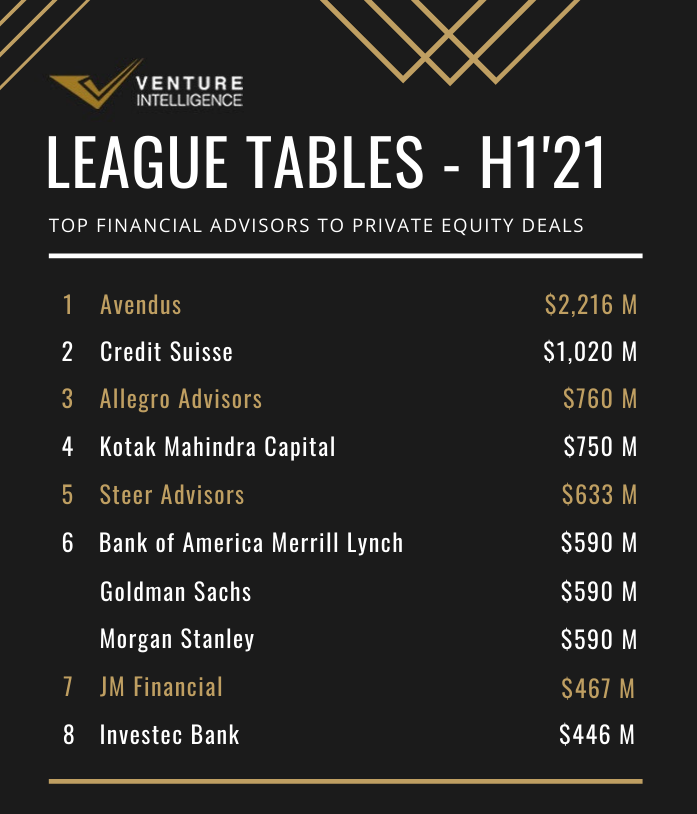 The full league table can be viewed online at https://www.ventureintelligence.com/leagues.php
By Deal Volume
Avendus topped the tables in terms of deal volume as well during H1'21. It was followed by Investec Bank with 7 deals. Allegro Advisors, Ambit Corporate Finance, CENSIE Capital Partners, Dexter Capital, Kotak Mahindra Capital, o3 Capital and Veda Corporate Advisors were tied for the third spot advising 6 deals each. 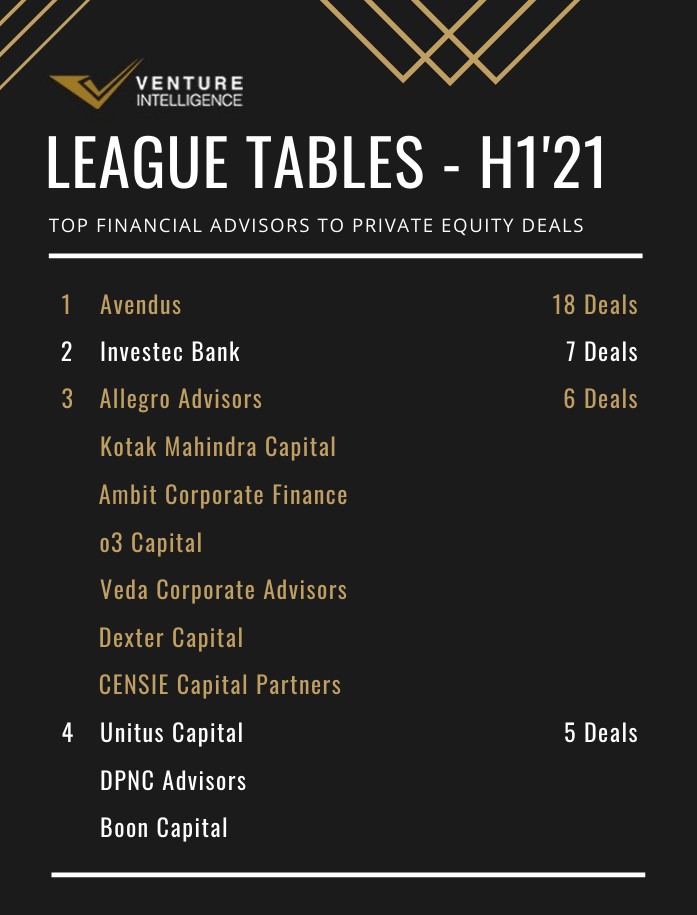 Including Other Advisory Services
Inclusive of its roles in due diligence and related advisory activities, RBSA Advisors topped the table having advised 3 deals worth $5.3 Billion, followed by Ernst & Young with 8 deals worth $2.3 Billion.
BDO India topped the table by volume having advised 35 deals. Ava Insights took the second spot with 19 deals. 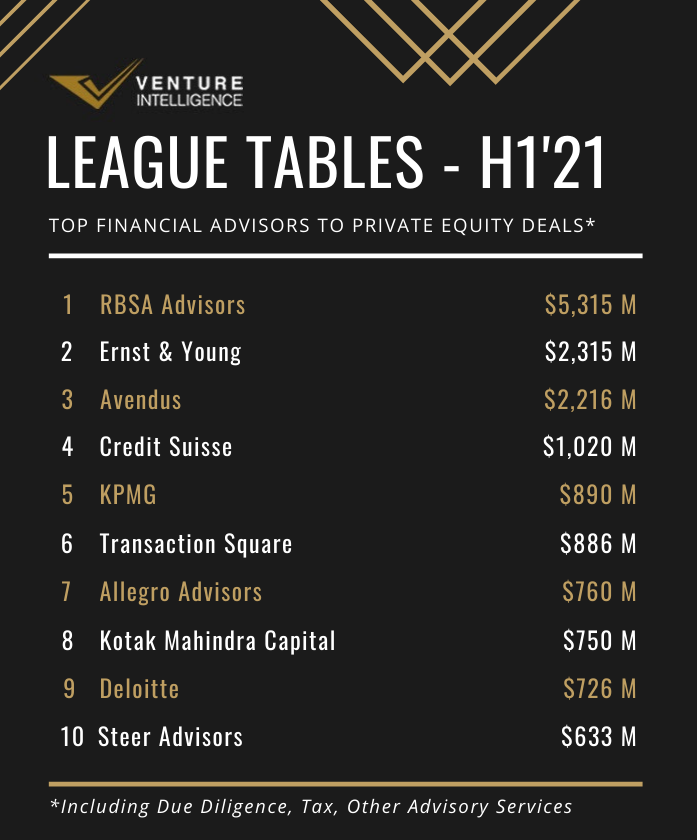 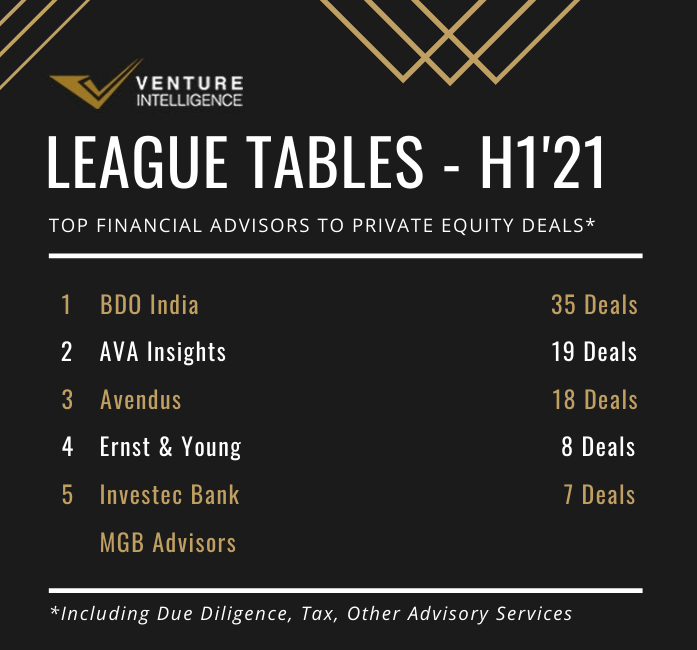 The full league table can be viewed online at https://www.ventureintelligence.com/leagues.php
To showcase your firms' transactions in the 2021 League Tables, mail Vanathi at
deals@ventureintelligence.com.
Venture Intelligence is India's longest-serving provider of data and analysis on Private Company Financials, Transactions (private equity, venture capital, and M&A) & their Valuations in India.