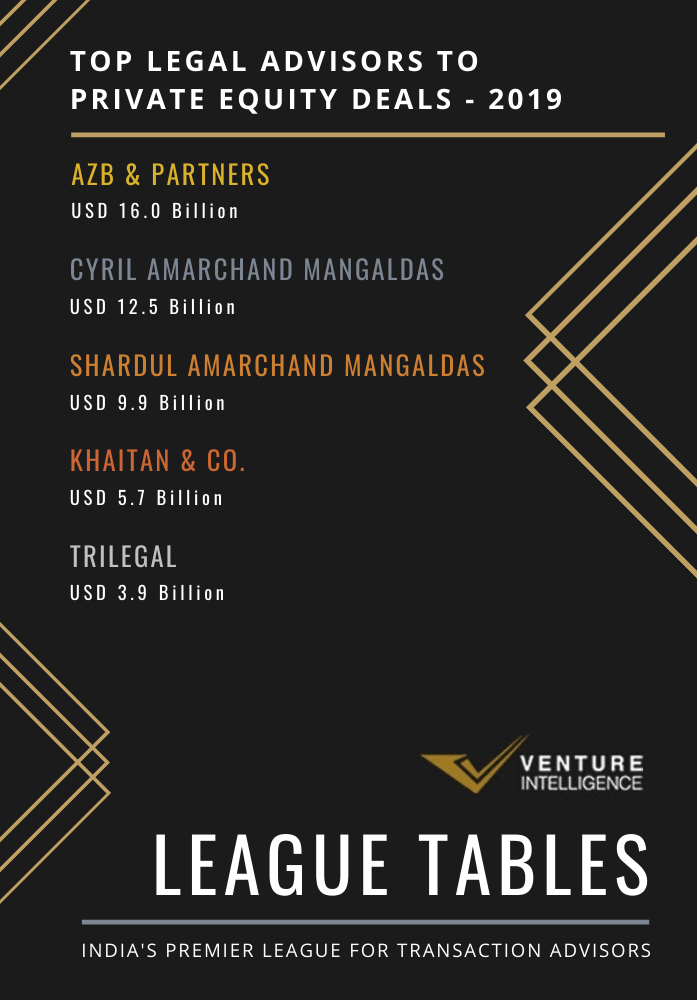 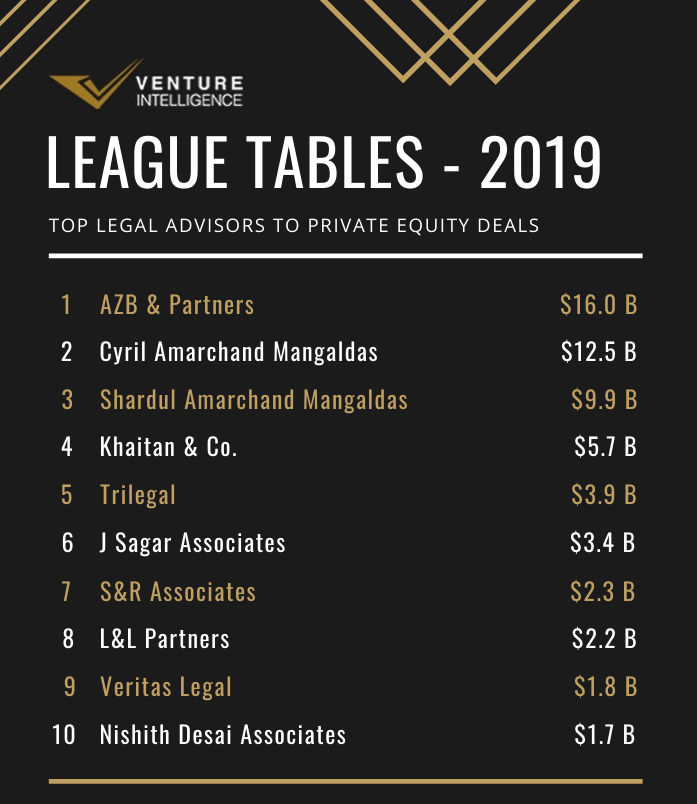 
Among foreign firms, Goodwin Procter topped the table in terms of deal volume advising 9 deals during the period followed by Gunderson Dettmer with 6 deals. The third spot was taken by Simpson Thacher & Bartlett, advising 4 deals. 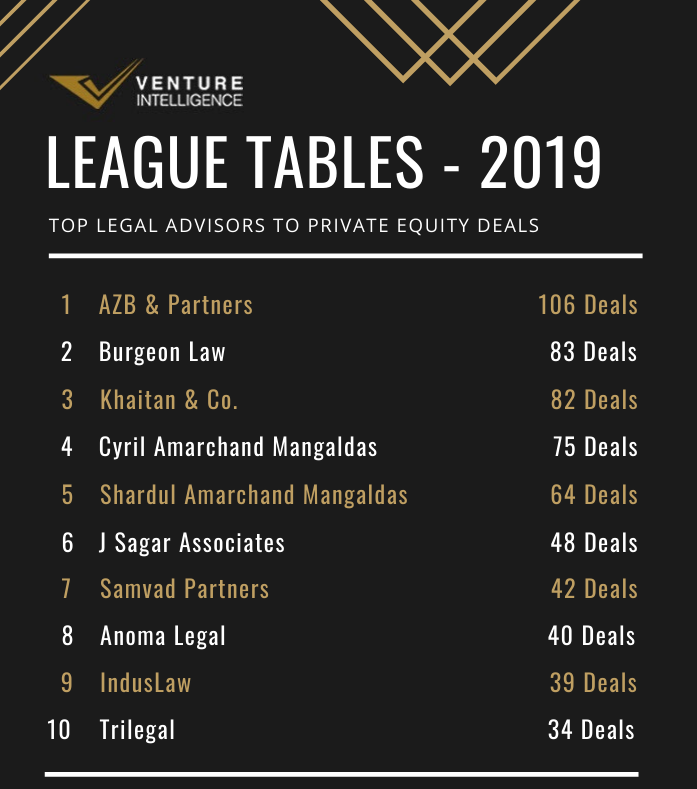 By deal volume, Burgeon Law stood first with 57 deals followed by AZB and Khaitan with 35 deals each in second place. Samvad Partners and Anoma Legal stood third with 33 deals each. SAM (27 deals) and CAM (26 deals) completed the top five.

AZB topped in Infrastructure, advising deals worth $8.5 Billion, followed by CAM ($6 Billion) and SAM ($3 Billion). L&L Partners ($1.7 Billion) came in fourth, followed by J Sagar Associates ($785 million) in fifth place. AZB (with 17 deals) also topped by deal volume, followed by CAM with 7 deals. The third spot was taken by Khaitan and SAM with 6 deals each.

To showcase your firms' transactions in the 2020 League Tables, mail Vanathi at
research@ventureintelligence.com