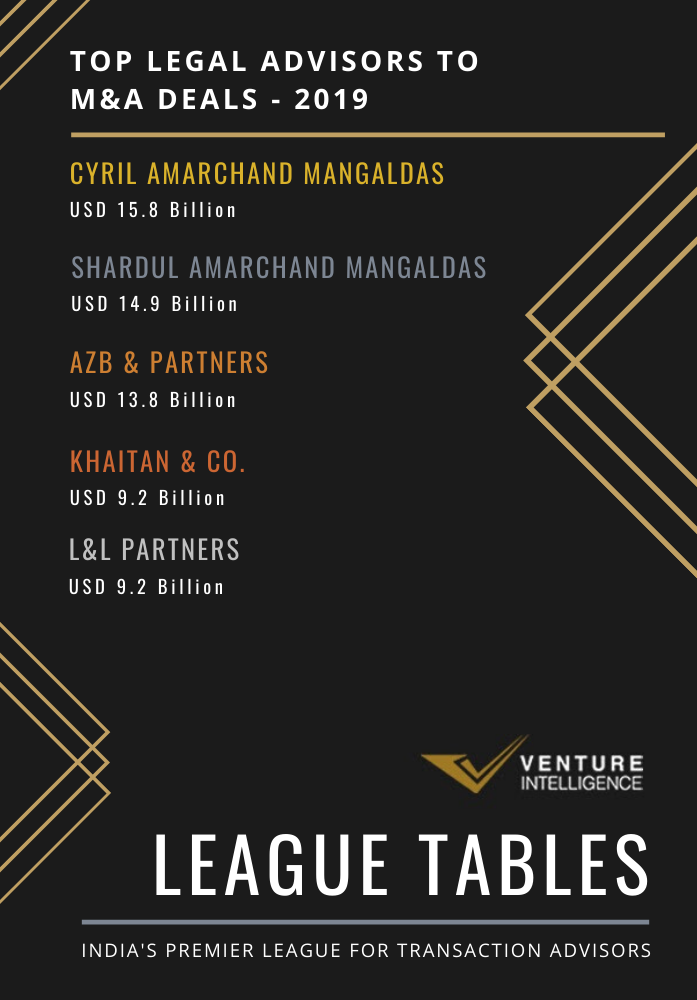 The Venture Intelligence League Tables, the first such initiative exclusively tracking transactions involving India-based companies, are based on value of PE and M&A transactions advised by Transaction and Legal Advisory firms. The 2019 edition saw 100 legal advisors and 82 financial advisors participating. 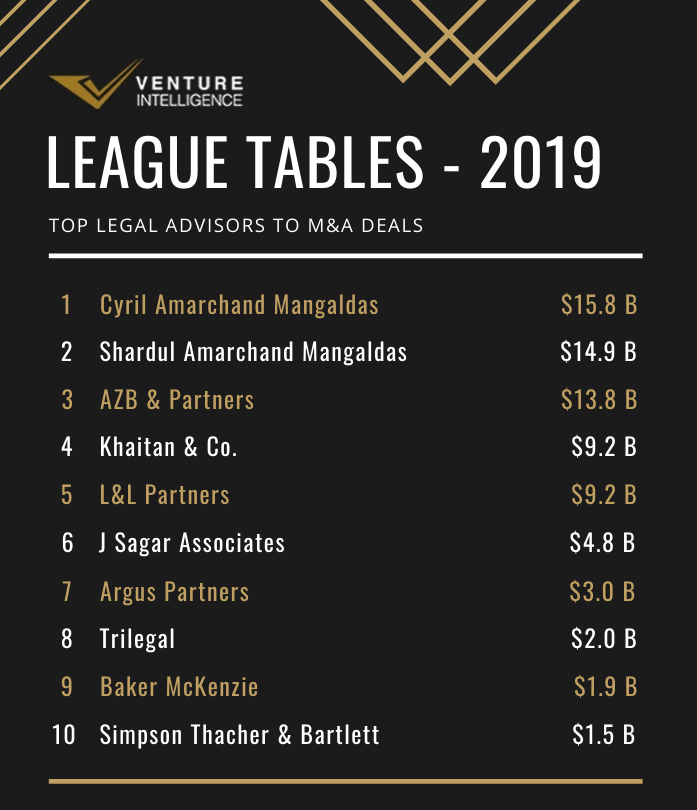 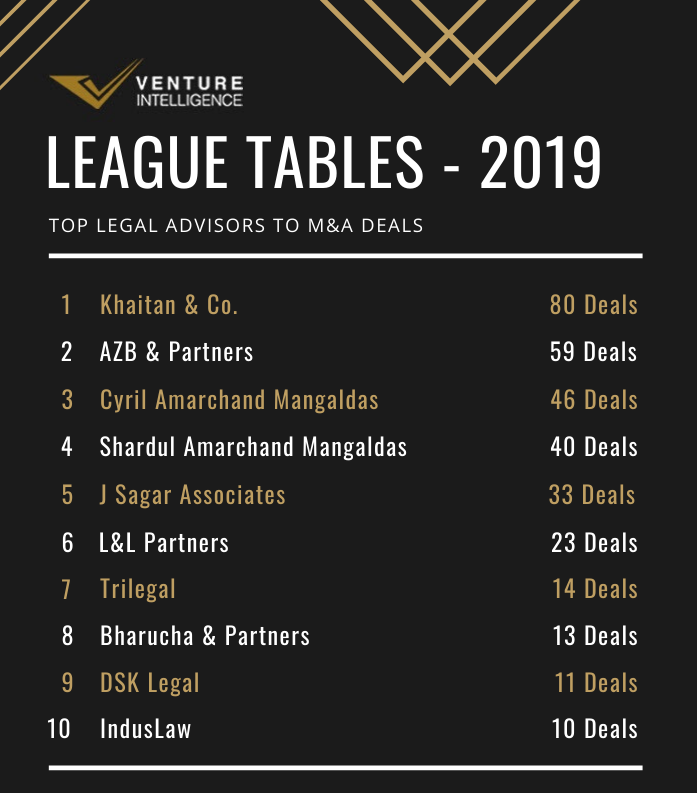 Khaitan also stood at first place by deal volume in IT & ITeS, with 23 deals followed by J Sagar Associates (17 deals). SAM (13 deals) stood at third place followed by AZB (9 deals) in fourth. IndusLaw and CAM shared the fifth spot with 7 deals each.

In Financial Services, AZB topped the table with $5.3 Billion, followed by SAM with $4.4 Billion. Argus Partners came in at third place with $3 Billion.

In Real Estate, JSA topped with $462 million, followed by CAM with $427 million. Kochhar & Co. occupied the third place with $70 million.

To showcase your firms' transactions in the 2020 League Tables, mail Vanathi at
research@ventureintelligence.com