Ambit Corporate Finance and JM Financial claim the No.2 & No.3 slots 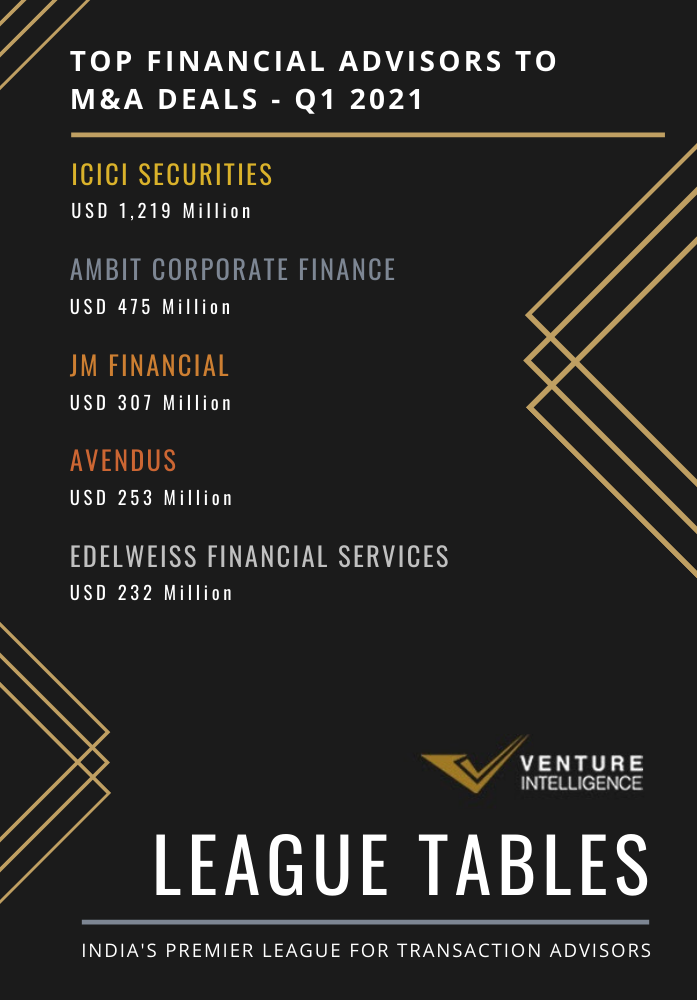 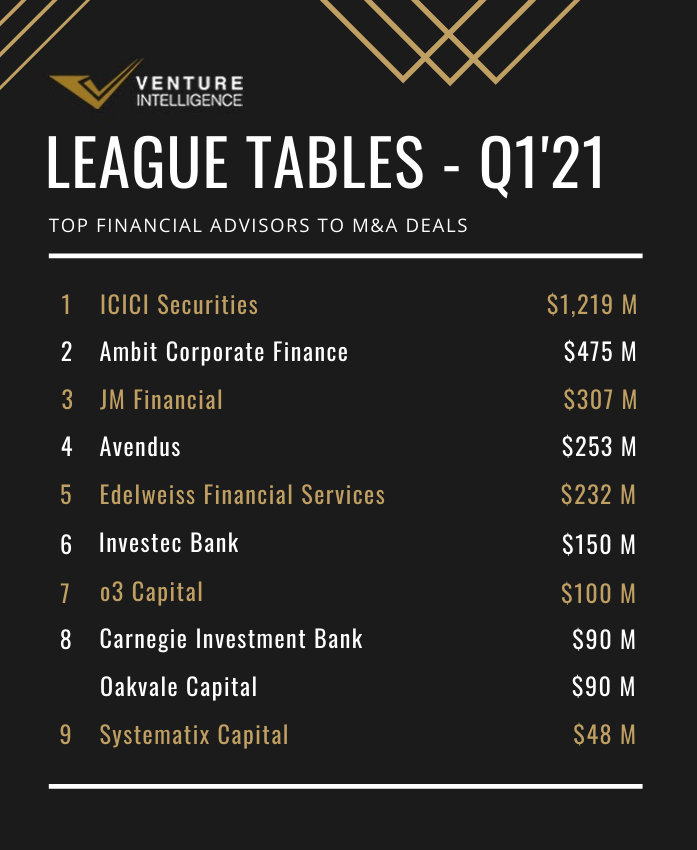 The full league table can be viewed online at https://www.ventureintelligence.com/leagues.php
By Deal Volume
JM Financial topped the table in terms of M&A deal volume in Q1'21 advising 4 deals. It was followed by Avendus which advised 3 deals. ICICI Securities, Investec Bank and Lodha Capital Markets took the third spot with 2 deals each. 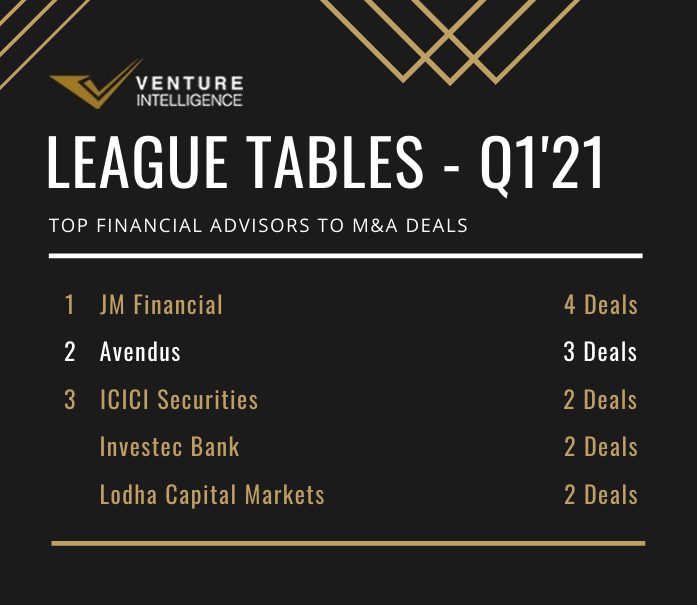 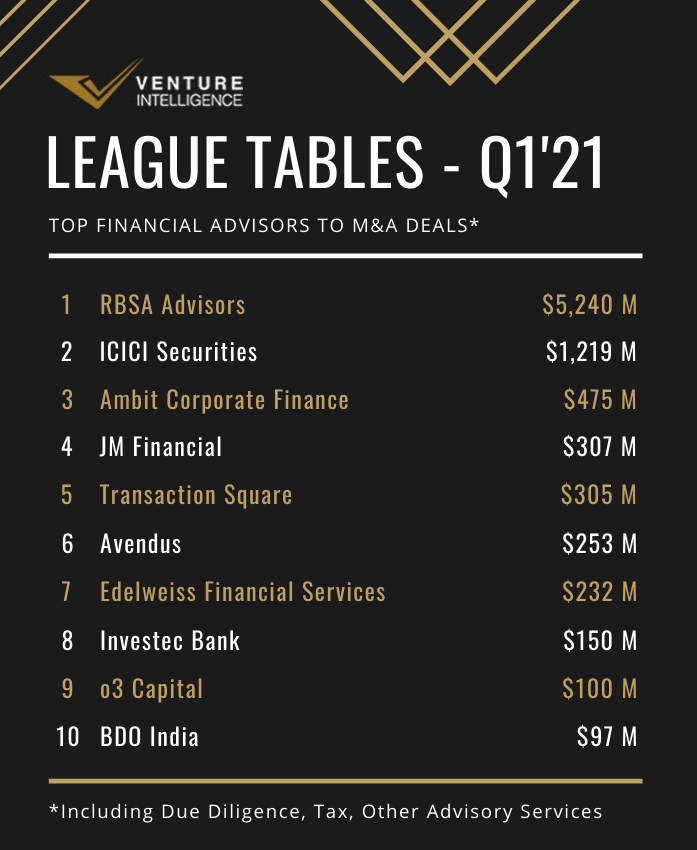 By deal volume, Transaction Square stood first with 6 deals. The second spot went to BDO India and JM Financial with 4 deals each. Avendus and RBSA Advisors came in third with 3 deals. 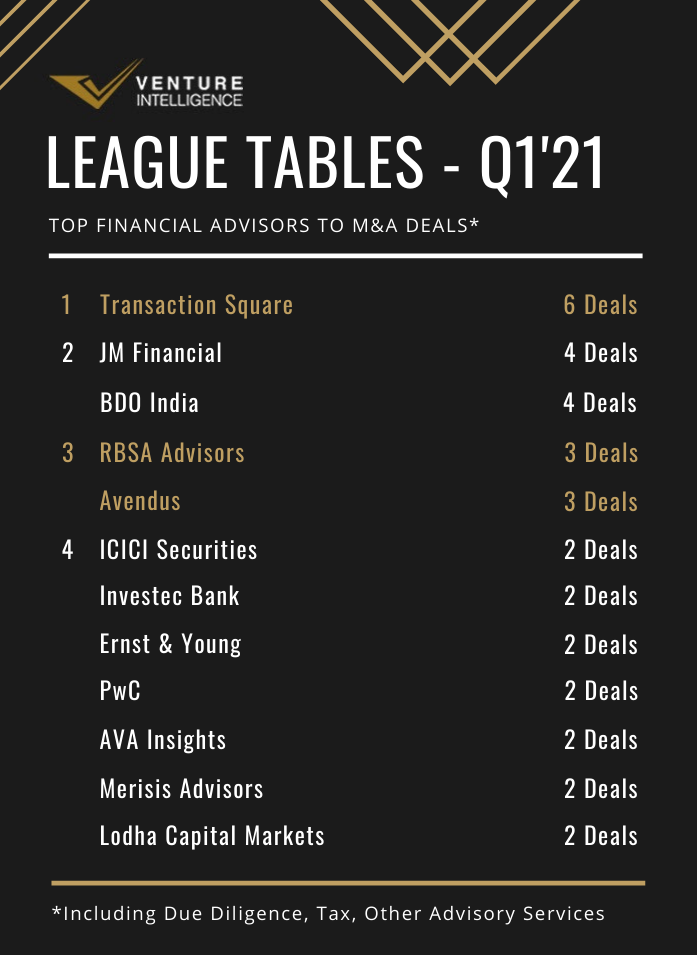