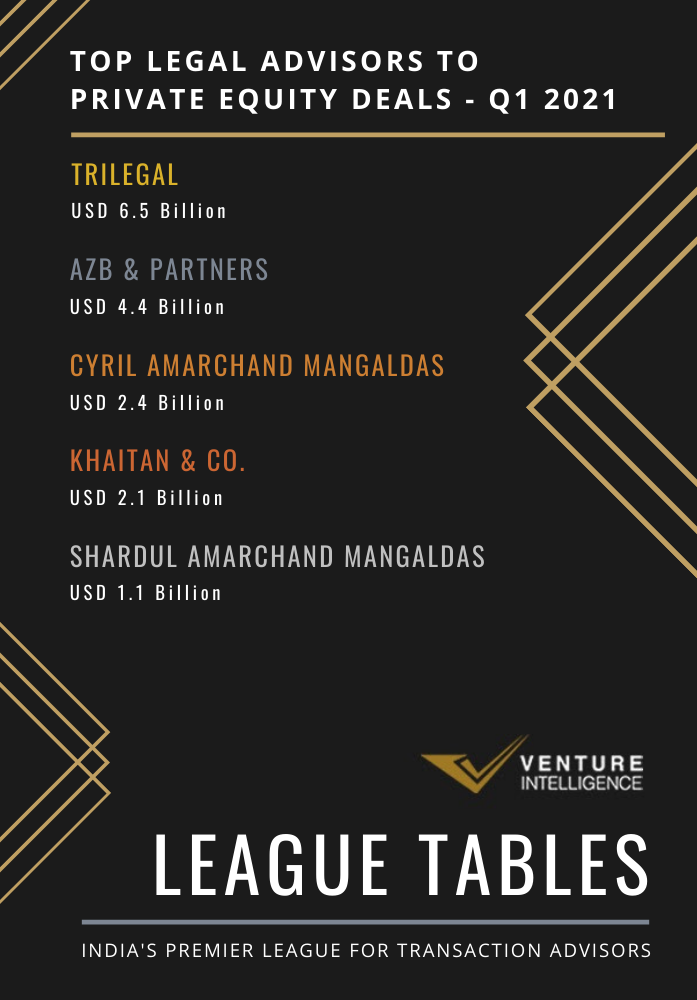 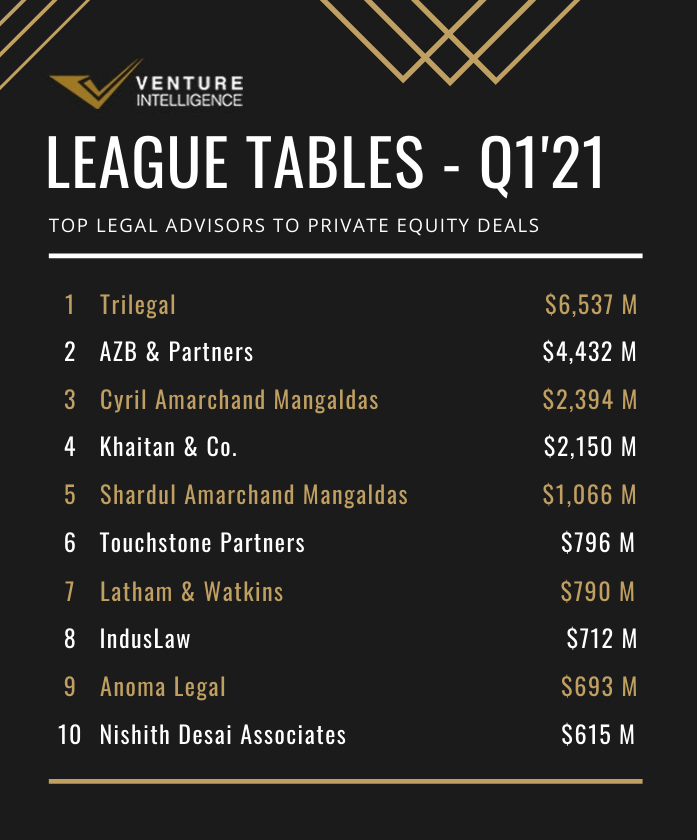 Among foreign firms, Latham & Watkins came on top having advised 2 deals worth USD 790 million. Ropes & Gray and Skadden Arps Slate Meagher & Flom came next (with USD 590 million). Rosenblatt & Company and Kirkland & Ellis came third (USD 250 million). Paul Weiss took the fourth spot (with $200 million) followed by Goodwin Procter ($82 million).
The full league table can be viewed online at https://www.ventureintelligence.com/leagues.php
By Deal Volume
Burgeon Law topped the tables in terms of deal volume having advised 37 deals during the Quarter. IndusLaw came second having advised 34 deals. This was followed by AZB with 29 deals. CAM took the fourth spot with 22 deals. Samvad Partners advised 20 deals in the fifth spot.
Among foreign firms, Gunderson Dettmer and Latham & Watkins topped the table in terms of deal volume with 2 deals each. 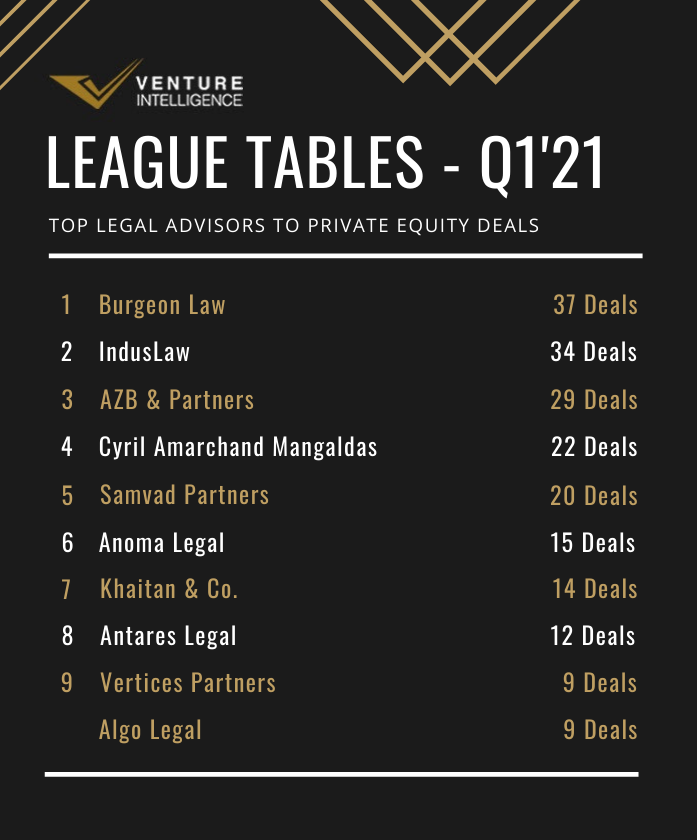